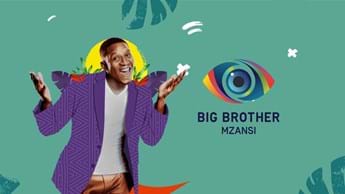 With 5 Housemates remaining in Big Brother Mzansi Season 3, and just days before the finale, viewers across South Africa are voting for their favourite Housemate to win the R2 million prize.

It’s going to be a close call as each of the Top 5 contestants are competitive, calculating and, most of all, they have loyal fanbases, who’re vying for them to win.

The Top 5 are competitive. Throughout the game, they each applied different tactics to stay in the game. While some formed solid alliances to avoid getting the boot, others kept a low profile to climb to the top. Ultimately, the viewers have the last say as the Housemate with the most votes will take the cash home.

So, which Housemate will be the last one standing when Big Brother Mzansi Season 3 comes to an end on Sunday 3 April? Read below as we assess each of the Top 5’s strategies to determine who is the most likely to win.

It’s no surprise that Themba is in the Top 5. The tattoo artist stole millions of hearts on the socials the minute he walked into Biggie’s House – and it wasn’t just due to his inked face or stylish outfits, it’s because Themba was mysterious. For the most part, he was under the radar, constantly observing his competitors’ strategies. As the game progressed, Themba made a pact with the men’s alliance and he won the important challenge of the season, which gave him power to pick 2 Housemates to go to the finale with him – and he chose Tulz and Libo. He is observant, charming and he often cracked jokes with his Dracula voice, which earned him brownie points with viewers as he kept them entertained throughout the 10 weeks. If there’s a Housemate you can bet your money on, it’s Themba.

Obtaining a spot in the Top 5 wasn’t easy for Gash1. His journey in the Big Brother Mzansi House is filled with many hurdles, twists and turns as he was considered a threat by the Housemates. As a result, he was nominated multiple times, but he always survived elimination, which proves that he is resilient. Initially, he appeared as a bad boy as he is blunt, confident and he is a smooth talker. However, as the game unfolded, viewers saw his vulnerable side, especially after he started dating Thato. Suddenly, the macho man became a softie, cuddling in bed with his girlfriend. He could win because he allowed viewers to see him at his best and worst.

As the only woman left in the game, which was dominated by the men’s alliance, traditional healer Mphowabadimo should be applauded for reaching the Top 5. Furthermore, Mpho found herself on the chopping block several times as the Housemates considered her a threat as she is a charming sharpshooter, with the funniest one-liners and hilarious pranks. Mphowabadimo didn’t win the Head of House challenges which give the contestants immunity from elimination, so she relied on her fans to keep her in the game – and they didn’t disappoint. Will the Underground Gang take Mpho all the way to the top in the finale?

The personal trainer is one of the brains behind the men’s alliance, which is responsible for most of the women leaving the House in the early stages of the game. With his squad, Libo ensured that there was 1 woman remaining in the Top 5. In short: Libo is intelligent, but he is also emotional. At the start of the game, he had a fling with Mphowabadimo, which quickly died down. After their split, Libo convinced the men’s alliance to nominate Mphowabadimo for eviction, so his “scorned ex” tendencies might work against him in the finale.

Tulz played a smart game. If he wasn’t Head of House, and safe from elimination, he talked his alliance into saving him from nomination. In the 10 weeks that he’s been in Biggie’s House, Tulz has never been up for eviction. He realised that to stay in the game, he had to form a bond with the Housemates and that’s what he did. He cooked meals for his Housemates, laughed and hung out with them at the firepit and when they weren’t looking, he’d stab them in the back. Apart from his tactical gameplay, he also made power moves in the men’s alliance, which grabbed the attention of fans. Could his strategy win him the R2 million? You’ll have to tune into the final Sunday live eviction of Season 3 on Sunday, 3 April!