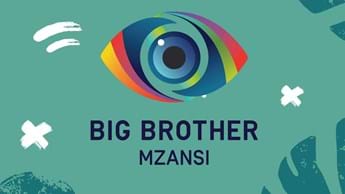 The biggest shocker in Big Brother Mzansi Season 3 so far has been the first triple Live eviction ceremony on Sunday, 27 February.

To describe the mood in the House as tense is an understatement. Jaws dropped. Some of the Housemates reached up their hands to clasp their throats while others were too restless to sit on the couch. Biggie certainly got the Housemates and viewers off their seats.

First of the 3 boots to leave the House was 30-year-old Durban-based arts teacher Yolanda Glover, affectionately called Yoli. She was known as the bubbly, overprotective Housemate, who tended to the needs of those around her, and she admits that she saw her eviction coming. “The competition was tight and the Housemates I was against had strong personalities. They were flashy and over-the-top. When I gauged my disposition against theirs, I knew that I would struggle. So, I was ready to leave the House. Had I been nominated on any other week, I believe that I would’ve been safe,” explains Yoli, who tells us more about her journey in the Big Brother Mzansi House and her complicated relationship with remaining Housemate, Gash1.

So, you were the first of the trio to be eliminated. What was your reaction?

“It’s Biggie’s House and his rules. I won’t lie, 3 people leaving in 1 night was surprising but it’s all part of the game.”

Why do you think that you were nominated for eviction?

“It’s pretty simple, I hadn’t been nominated and the other Housemates believed that it was only fair to nominate me. There was no malicious intent behind them putting me up for nomination.”

What were your expectations when you entered Big Brother Mzansi?

“I thought that I was going to meet Housemates from all walks of life with different careers such as architects or painters – or something obscure. What I didn’t expect, though, was to see almost the same, generic people, from the same industry, who were suffering from main character syndrome. Many of the Housemates had dominant personalities, which isn’t necessarily a bad thing. It’s good to see people who want to highlight their characters, and the wonderful thing about Big Brother is that the show creates a platform for people to be seen.”

What did you learn about yourself in the House?

“That I can adapt to different situations. Each day, Biggie presented us with varied tasks, and I accomplished them all. I also learnt that I could confront challenging scenarios in a calm manner. Before joining the show, I was a bit of a hothead, and people who knew me would attest to that. Now, I think before I act and I’m cool, calm and collected in conflicted circumstances.”

Given the chance, is there anything that you would do differently in the competition?

“When I came into the House, I thought that authenticity, being genuine and being a decent person would be a good thing, which is what I did… only to find that some people [were the opposite]. Some of the Housemates were putting on a show and they were conniving so they could win the R2 million. With that said, if I had to do anything different, I’d be more aware of their game plans and I’d be more observant of [their] strategies. Coming into the House, my objective was to remain true to myself and leave with my integrity intact, I believe I did just that.”

You developed a relationship with Gash1, which was undefined for the most part. Where do you stand now?

Do you have any plans now that you are out of the House?

“Definitely. I’d like to continue promoting body positivity and spreading awareness about the plus-size community. I’d like to also get back into theatre acting and transition into film and TV projects – whatever feels right to the soul. I’d like to portray big characters onscreen and on the stage.”

Now that you’re out of the competition, who do you think has the best chance of winning Big Brother Mzansi Season 3?

“Sis Tamara [who identifies as gender nonconforming] is my best bet. Her win would mean a lot to society. Even Terry could win. I think the question should be who I think should win, and that would be Thato. She’s humble, genuine and a lovely person inside and out.”