The King is dead 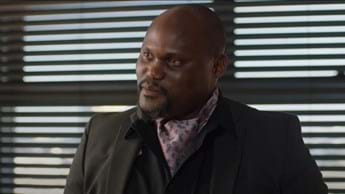 We’re in a love-hate relationship with a Price Princess in M-Net (DStv channel 101) telenovela Legacy.

Felicity Price (Mary-anne Barlow) has so many sides to her: daughter, mother, businesswomen...murderess. Through it all she claims that her driving force is to protect her family – even if that means she must turn to her dark side.

Dineo (Kgomotso Christopher) and Felicity are not yet out of the woods for the murder of Darren (Gustav Gerdener), the Legacy employee they killed for trying to blackmail them. His brother, Detective Marco (Nico Pangio), who is now also Felicity’s lover, has exhausted all leads in the investigation into Darren’s death, but he is still determined to find the killer. A scapegoat is needed, preferably one who’s in no position to talk. Our Princess of Darkness, Felicity, has just the right person in mind in a shocking new episode coming up on Thursday, 11 November…

Hate the wait? With early access to brand new episodes of Legacy S2 on Catch Up via the DStv app or on your internet-connected DStv Explora. You’ll be able to see all this season’s action a day ahead of the channel premiere!

Or read on for a taste of the action.

Money and power are a heady, dangerous combination. Enemies lurk in the background, ready to pounce at the slightest sign of vulnerability – like King (Pakamisa Zwedala). Yes, that sleazeball who worked with Felicity’s ex hubby James (Robert Hobbs) – until Felicity killed James in a car explosion – is back, and he has come to collect what he believed he is owed.

“10 million in Legacy shares, R20 million cash, that is what James promised me,” King demands from Felicity and a shocked Dineo. King makes it clear that if they refuse him, he will open the closet to let all Felicity’s skeletons fall out. King has a weapon in his hands: a hard-drive with proof of Felicity’s evil deeds that James gave him before his not at all untimely death.

But King isn’t the only one who knows how to point the finger. “He could be exactly what we need,” Felicity tells Dineo. “We fabricate evidence showing Darren blackmailing King and plant it on him. King hits back and kills Darren, he is the perfect fall guy,” she suggests. And when Dineo asks, “But does that mean King needs to die?” Felicity quips, “Oh, trust me some people don’t deserve to live...”

Felicity’s not the only person making big plans in Legacy this Thursday. Over at the Potgieters, Willem (Dawid Minnaar) has some unusual money problems.

Willem’s life has been turned upside down ever since he found a whopping R500,000 earlier in November in an old stove he bought to fix on auction and sell.

As an honourable man Willem wants to do the right thing and return it to the rightful owner, but it’s not going to be that easy to him (or her). His family – son Stefan (Sean-Marco Vorster), girlfriend Charmaine (Odelle de Wet) and housemate Sanele (Teboho Tsotetsi) – think he should keep it. Finders keepers, don’t they say? But Willem is going to exhaust every avenue to find the owner before he will accept this “gift”.

Felicity’s dark plotting forms the backdrop for her half-brother Robbie’s (André Lotter) takes first steps into the Price world. With the truth surrounding Angelique’s (Michelle Botes) tampering of the DNA test out at last, Robbie accepts the family’s offer to work Legacy investments.

He is shocked by the paycheck with a lot of zeros and benefits he will get. It’s enough to help him to get his mum and brother back on their feet. But will he be selling his soul and can he even make it in the cutthroat business world? How long before Robbie takes his first step on Felicity’s bloodstained trail?