Inside the mind of THE Mrs. Price

Inside the mind of THE Mrs. Price 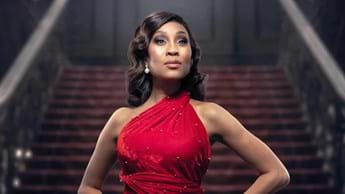 Make no mistake about Dineo Price: “She is not weak!” says Kgomotso Christopher, the actress tasked with bringing the role of Sebastian Price’s widow to life in M-Net (DStv channel 101) telenovela Legacy. “The way we first saw Dineo interacting with people, especially Msizi (Siyabonga Thwala), it was very much ‘Hey buddy, stay away.’ But as viewers know by now, that has changed,” says Kgomotso, referring to Dineo’s affair with her married colleague from Legacy Investments.

In Dineo, seasoned actress Kgomotso has found a kindred spirit, and they’ve bonded as they’ve grown together since Legacy premiered in September 2020. “I can understand where she is. She has worked incredibly hard to get where she is. I think people look at her on the outside, see the designer clothing and they think she was a gold-digger to land her late husband, billionaire businessman Sebastian Price (Deon Lotz). But she has intelligence and she has strength. She is a force to be reckoned with,” says Kgomotso.

Kgomotso is no stranger to SA viewers, and in the short space of 11 years, she has become a household name and face, having made her debut as Nox Madondo in S1-3 of drama series 4Play: Sex Tips For Girls. But it’s in soapies that Kgomotso has found her groove, starting as Katlego Sibeko on now-cancelled Isidingo: The Need from 2011 to 2016, as well as Yvonne in Scandal! from 2018 to 2020. And now we find the actress taking centre stage in Legacy. “I was asked to come in and read for Dineo. I’ve known (Legacy co-creators) Gwydion Beynon and Phathutshedzo Makwarela from Tshedza Pictures for years. I also did a couple of screen tests with some of the cast, including Mary-anne Barlow (as Dineo’s stepdaughter, Felicity Price). I think what’s really great, great as an actress and a woman, is to see the dynamic between these two really strong female characters – Dineo and Felicity– in one show,” says Kgomotso.

For Kgomotso, one aspect she needed to improvise was playing the part of a widow and now one who is moving on with a new “relationship”, because she’s happily married. “We’ve been asking for this woman to get a break. Her husband dies, her secret son (Sefako) is exposed, she’s dragged into court by Felicity over Sebastian’s last will & testament. With Msizi, she’s gone from ‘stay away, you’re not my type, I would never do that with you’ to booking into hotels with him. It’s the first time we’re seeing her step out of character,” says Kgomotso, whose character was recently confronted by Msizi’s wife, Thandi (Lerato Zah), for sleeping with Msizi. “Viewers have expectations, that Dineo is always going to be the practical, sound-minded one. Even I was surprised when I read the storyline!”

Dineo’s transformation isn’t unlike Kgomoto’s career – she studied politics at UCT, before moving to the US and UK to study and work. Before television, she starred in stage plays and theatre work including Shakespeare. With Dineo, Kgomotso sees the transformation daily and loves how her character is changing, especially because Dineo is different to her usual characters.

“Dineo is different. She’s the softer type, and I think that’s why viewers are fixated on her, because they’re used to me as a hollowed man-eater and now I’m getting to play a character who is just so much more sane. She’s measured, she’s calm and cool, which is very different to the high-energy hustler I’ve played before,” says Kgomotso, who adds that she’s got a secret to growing her character: “I don’t judge my characters. I interrogate them for their behaviour, but I certainly don’t judge them for why they do what they do. Dineo is completely different to me, but at the same time she’s a lot closer to me than some of my other characters.”

Kgomotso is effortlessly cool when it comes to fashion, swapping between red-carpet glam and jeans-and-sneakers with no trouble at all – check out her Instagram account to see what we mean. But when it comes to Dineo, it’s a different story and the character is always in business power-suit mode. But Kgomotso shares 2 secrets about her character that viewers will love: “As much as we always see Dineo in these designer clothes and dresses and there’s never a hair out of place, at night she slips into a comfy tracksuit when she drinks coffee. So she looks great during the day and then she’s in a tracksuit… probably a designer label, of course… but still a tracksuit. And the other 1, I love to think that Dineo has a huge wardrobe just with shoes. Like a wall of fancy fancy shoes, but we’ll almost never see them because of the camera angles. I think one of the only times we saw her in amazing shoes was at Felicity’s wedding.