Coming up on Legacy this November – Watch it on DStv

Price wars in Legacy this November 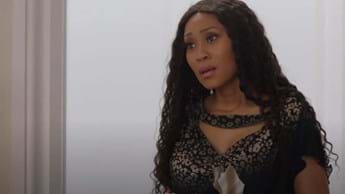 Life is getting harder for the billionaire Price family in M-Net’s (DStv 101) telenovela Legacy as Felicity (Mary-anne Barlow) and Dineo (Kgomotso Christopher) play a dangerous game of sweeping their murderous deed under the rug in November.

Detective Marco Andino (Nico Panagio) is getting ever closer to unmasking the killer(s) of his brother Darren (Gustav Gerdener), a Legacy employee who blackmailed Felicity and Dineo for millions. But he might just lose the scent if his girlfriend Felicity (yup you read right), betrays him...

Matriarch Angelique Price (Michelle Botes) is determined to put her ex-husband Sebastian Price’s (Deon Lotz) illegitimate son Robbie (André Lotter) in his place and to get him away from her family, even if it means she must play dirty. And a familiar face returns to Legacy, which will have quite the influence on Dineo yet again!

Protection at any Price

Felicity might be a murderous, cut-throat businesswoman, but when it comes to matters of the heart, she’s anything but in control. “Felicity believes in love, but it eludes her,” laments Mary-anne.

Her desire to be acknowledged by her father Sebastian, who she murdered in episode 1, has complicated her personal relationships. And it’s not getting easier... Felicity is head over heels in love with Marco, but she’s asked to spy on him and report back to the Price family.

While it would be a slap in the face for someone else, Felicity understands what’s at play. “She feels an overriding urge to protect her family, however imperfect they may be,” says Mary-anne.

“Joining forces with Dineo is not something she would have anticipated during season 1, but fate has thrown them together. It’s part of her salvation, so she’s going to do what it takes to protect the Price family.”

But what if Marco still finds out the truth? Will they also just get rid of him!?

Welcome to the family

Elizabeth Price (Reandi Grey) has been spending time since the end of October with Robbie and she agreed to take a DNA test to find out whether Robbie is her biological half-brother or not. Mama Angelique is, of course, furious when she hears about it and because she wants to protect her loved ones, she does something wicked: she tampers with the DNA test results!

Robbie and Lizzy are disappointed when they get the results, but Uncle Gordon (Neil McCarthy) suspects foul play.

Angelique’s conscience is going to ride her hard, and just when we think she will go to her deathbed with this secret, the truth will come out. One way or the other, Robbie is going to join the ranks at Legacy as Sebastian’s other son, but after that, his road is going to get even rockier.

By the end of November Legacy’s prodigal son Msizi (Siyabonga Thwala) will return - but will the heat that he and Dineo once felt for each other come back as well? And how will Msizi’s wife Thandi (Lerato Zah) respond this time?

The drama is just starting in Legacy!