Legacy – Season 1 Wrap Up | Watch it on DStv

A deadly September as Legacy S1 wraps up 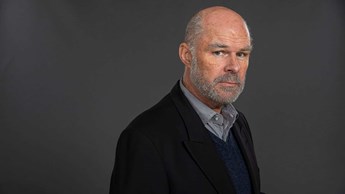 With S1 of flashy fancy SAFTA-winning telenovela Legacy drawing to a close this September on M-Net (DStv channel 101), viewers can expect nothing short of drama, scandal, fireworks, classic soap shockers and all-out chaos as the Price family unite for one big bash.

That’s just the tip of this Titanic-sinking iceberg, though, because S2 kicks off on Monday, 20 September, following immediately after the events of the S1 finale on Thursday, 16 September. And since widowed Dineo Price (Kgomotso Christopher) is going to finally get the answer to the number-one question she’s been asking since Legacy started in September 2020: Who killed my billionaire business titan husband, Sebastian Price (Deon Lotz), it’ll be an ugly ending for someone with a guilty conscience.

September is the ultimate month to get into this glamourous telenovela in terms of how much action we'll see as season 1 draws to a close and season 2 begins. If you’ve been at all on the fence, don't forget you can catch up on Legacy from episode 1 on Showmax.

The joke’s on you

Felicity Price’s (Mary-Anne Barlow) evil husband, James (Robert Hobbs), has been manipulating her for months, turning the eldest Price daughter and wannabe CEO of Legacy Investments from a business mogul in her own right, into a fragile, weak, second-guessing shell of her former self.

Viewers have seen James use a truth serum on his wife to learn that she not only murdered her dad, she buried Sebastian under his very own beloved rose garden at the Price mansion (are you clicking now with the falling rose in the intro video montage?).

That situation is going to change during September because Felicity is calling in her reinforcements – her frenemy step-mom, Dineo, and Dineo’s son, Sefako (Zenzo Ngqobe). They’re going to reach out and give Felicity the helping hand she not only needs to break free from James’s controlling stranglehold, but also to take back what’s rightfully hers. Let’s just say that it’s going to come to an explosive climax…

Well-meaning but dramatic Sanele (Teboho Tsotetsi) is going to have a rough time as S1 draws to a close, too. While he’s always pin-perfect with his wardrobe and looks like he sleeps on Egyptian silk while sipping bubbly from the rolling hills of France’s Champagne region, the truth is far from that. He’s struggling financially – so much so that he turns to his bestie, Petra Potgieter (Trix Vivier), to ask for a loan. She’s not flush with cash either but Sanele has nowhere else to turn.

Well, that’s not entirely true. Petra’s papa, Willem (Dawid Minnaar), has a soft spot for the youngster, and while he also doesn’t have a bank account bursting at the seams, Willem has something better: much-needed fatherly advice that will steer Sanele in the right direction… and a short-term loan that can help the young man get back onto his feet.

S2 picks up immediately after S1 ends – with someone being rushed to hospital in a serious condition following a nasty fall from a balcony. Who it is remains to be seen, but it has something to do with two women clashing over the truth and finally getting their claws out in a catfight for supremacy.

There’s also going to be a runaway bride who tears a hole in two men’s hearts, and Stefan (Sean-Marco Voster) returns to his policing past when he starts investigating an enemy close to him. A blackmailer creeps out of the shadows and demands millions for their silence, and there’s a brooding, handsome newcomer who is going to discover shocking truths about the man he’s called “dad”, including a little paternity fib that changes everything...