The River announces the exit of three of its main cast members. 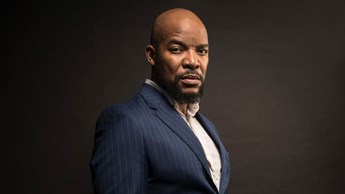 The multi-award-winning telenovela, The River on 1Magic (DStv Channel 103), announces the departure of three cast members. Hlomla Dandala, Lawrence Maleka and Tango Ncetezo are moving on from the telenovela to new ventures and their storylines will soon come to an end.

The end of the road

As an essential part of The River from the onset, viewers have enjoyed watching the three characters evolve. Zweli, with his well-meaning mishaps which sometimes resulted in dramatic consequences; Zolani with his fierce love and loyalty that at times goes too far; and Paulina, who overcame the toughest battles.

“We would like to thank Hlomla, Lawrence and Tango for their priceless contributions to the show, as well as the incredible work that went into giving their characters life,” says Shirley Adonisi, Director of Local Entertainment Channels at M-Net. “They all brought professionalism, dedication, presence and charisma to the table, and we have loved working with them on the show. We look forward to seeing what their adventure holds.”

Viewers have plenty to enjoy from Season 5 of The River and the three actors’ final scenes will air at various dates in the near future.

From Bollywood to blockbuster action! See the world in dazzling colour when you Add Movies for only R99 this October!

The River announces the exit of three of its main cast members.