Love, loss & family in The River this August 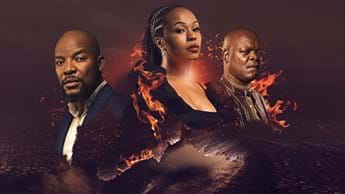 There’s romance, heartbreak and everything in-between this August in 1Magic’s (DStv channel 103) weekday telenovela The River.

No more love for Nomonde

It’s no secret that Nomonde falls in love fast, at times to her own detriment. She’s the type to meet a stranger at a bar, spend the night with them, and the next morning, she’s already fantasising about their wedding and future. So it shouldn’t come as a shock that she is already ready to sever ties with her family to continue dating Mabutho.

It’s with good reason that Nomonde’s family condemns her romance with Mabutho: They simply don’t trust him. Mabutho first lied to Nomonde, claiming to be a billionaire businessman with several construction companies, when in actual fact he is a mine worker. Then Mabutho covered up the fact that he was engaged to Nomonde’s late half-sister Tumi (Larona Moagi) last year!

For Zweli, Mabutho’s lies are red flags that Nomonde is naïvely ignoring. To protect his daughter, Zweli tries ruining Nomonde’s relationship this month, but his interference only pushes her away. As a result, Nomonde leaves her parents’ mansion in Pretoria East and moves in with Mabutho in his humble home in Refilwe.

Reality soon hits Nomonde, and she’ll realise when it’s all said and done, she is “daddy’s little princess”, accustomed to the finer things in life. However, her pride won’t allow her to crawl back to the Dikana mansion...

After years of being single, Flora finally gives in to her heart this August, and she starts dating ex-convict Mohumi (Seputla Sebogodi). Apart from their date nights and chemistry, Flora and Mohumi are committed to each other.

For the first time, Flora is blushing pulling out the best dresses from her closet. But Flora’s insecurities slowly creep in, and she begins to question herself and their relationship.

Speaking of former jailbirds, career criminal Cobra returns home to start afresh after he was exposed for running a Ponzi scheme. His friends and neighbours are still angry with him for robbing them of their cash, but he is now determined to live on the straight and narrow.

Then again, it’s Cobra we’re talking about… He can’t stay out of trouble. And in no time, he will be hanging out with the wrong crowd, getting up to no good.

The month ends on a note of intrigue when the Dikana family’s only son, Andile (Lunga Mofokeng), gets himself into a head scratcher. Enraged that his father, Zweli, chased his sister, Nomonde, away, Andile retaliates.

He throws tantrums, acts out of character and before they know it, Andile is tangled in an unsettling situation that his parents can’t help him escape.