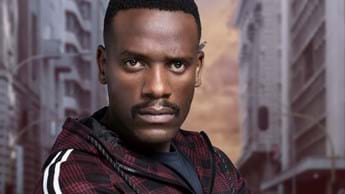 The production team is currently casting his replacement. “Having had the privilege to play Mqhele for two seasons, I realise that I’ve taken the character as far as I can,” explains Bonko. The actor adds that he’ll assist the team to cast the next Mqhele. “I’m part of finding the perfect replacement and will be watching from the side-lines to support and offer advice where needed.”

In the previous seasons, viewers followed Mqhele’s turbulent love story with Hlomu (Mbalenhle Mavimbela), and his relationship with his brothers as they grew their taxi empire.

During his time on The Wife, Bonko became a household name, and he was also nominated for Best Actor at this year’s DStv Mzansi Viewers’ Choice Awards and the same category at the 2022 SAFTAs. “I know that the actor who takes over [as Mqhele] will build from where I left off, so I’m looking forward to joining the 5AM club to see how the incredible love stories between the brothers and their wives play out this season,” explains Bonko. “It’s not often that a show this powerful comes into the world, so we should continue to champion and encourage the talented people who will take us forward in Season 3.”

The Wife is inspired by local author Dudu Busani-Dube’s bestselling Hlomu book series. Season 3 of the telenovela is based on the third novel called Naledi: His love and will return to South African screens in November 2022, with Gaisang K Noge in the lead role as doctor Naledi Montsho, who is in love with Mqhele’s brother Qhawe (2022 DStv Mzansi Magic Viewers’ Choice Rising Star winner Kwenzo Ngcobo). Each season has focused on a different couple: Hlomu and Mqhele in Season 1, Zandile (Khanyi Mbau) and Nkosana (Mondli Makhoba) in Season 2, and now Naledi and Qhawe.

“We know fans are going to find it hard to let go of their picture of Mqhele as Bonko, just as they found it hard, when he was first cast, to let go of the bug-eyed Mqhele they had pictured from the book,” says series producer Kamogelo Aphane. “But The Wife has shown that when you go looking for new talent in South Africa, you find it. So, we encourage the 5AM club to open up their hearts to the next Mqhele, and help us continue to open up the industry.”

Season 3 of The Wife starts production later this month and is set to launch on Showmax in November 2022.