The Wife Season 1 Summary | Watch it on Showmax

Everything you need to know about The Wife 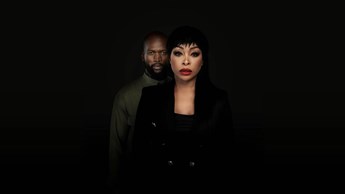 There are several reasons behind Showmax’s original telenovela The Wife topping the Twitter trending list every Thursday since it started airing late last year. There’s mystery, suspense and each episode ends on a cliff-hanger that leaves viewers wanting more. And with The Wife Season 2 starting on Thursday, 17 February, it’s time for a quick catch-up on the facts.

Inspired by local author Dudu Busani-Dube’s Hlomu book series, the telenovela follows the Zulu brothers – a Johannesburg crime family, who run a taxi empire – through the eyes of the women they love. The Wife Season 1 was centred around middle brother Mqhele (Bonko Khoza) and his marriage with journalist Hlomu (Mbalenhle Mavimbela), which took a turn for the worse.

Coming in The Wife Season 2

In The Wife Season 2, the gears shift as the telenovela explores another brother’s complicated romance. We check in on eldest Zulu brother Nkosana (Mondli Makhoba) and his ex-convict wife, Zandile (Khanyi Mbau), who escaped prison in the finale of The Wife Season 1. Meanwhile, Mqhele and Hlomu’s love story will continue to unfold in the background.

As Khanyi explains, Zandile is trying to make up for lost time with her loved ones, but it won’t be as easy as she anticipates. “Zandile wants to reclaim her family and forge a bond with her kids, but she’s lost out on 10 years with them, and that’s a long time. It breaks Zandile that she’s estranged from her kids,” explains Khanyi.

What further complicates Zandile’s attempts to connect with her kids is that they are attached to Hlomu to the point that they leave no room to connect with the former felon. Now Zandile will go to great lengths to get Hlomu out of the picture…

And check out Showmax’s dedicated YouTube page for The Wife here.

When viewers met Hlomu in the pilot episode, she was engaged to good-guy doctor Sandile (Kay Sibiya). They’d been dating for 7 years and quite frankly, the spark in their relationship had fizzled out. She longed for excitement and thrills, which is exactly what she felt when she met Mqhele at the taxi rank. Soon after their meeting, Hlomu dumped Sandile for Mqhele, but their honeymoon phase was short-lived. It turns out that Mqhele is abusive.

That’s not all… Hlomu was investigating a string of cash-in-transit heists that took place around Johannesburg and guess who was behind the crimes? Mqhele and his brothers! Hlomu was broken when she discovered Mqhele’s true colours but that didn’t move her into divorcing him. Instead, she had an affair with Sandile. When Mqhele found out about her cheating, he forced Sandile to commit suicide. How’s that for eliminating the “problem” in a marriage?

Then Hlomu settled the score with Mqhele by sleeping with his brother, Qhawe (Kwenzo Ngcobo), in the Season 1 finale. So, The Wife Season 2 will begin with an awkward love triangle. Whichever brother Hlomu chooses, it’s likely she’ll lose.

Viewers are divided about Hlomu’s dilemma:

I hope and pray my toxic couple makes it #TheWifeShowmax pic.twitter.com/roGytXCXU5

What drives the telenovela is the Zulu brothers and their formidable bond. They might be self-destructive and an all-round dysfunctional unit, but they always put each other first. So it was painful to watch when middle brother Mpande (Ishmuael Songo) was murdered at Mqhele and Hlomu’s wedding in Season 1. The brothers were devastated.

#TheWifeShowmax we don't talk enough about uMqoqi 💥yeses he killed this week's scenes 😭 when he had to look at Mpande but made that mini run 💔shame maan pic.twitter.com/3sy8AMV11N

You get into an abuser’s mind

In a country in which gender-based violence is considered the first pandemic, The Wife Season 1 poignantly explores the cycle of abuse in romantic relationships. Furthermore, viewers get inside of a physically and emotionally abusive man. In public, Mqhele is charming and likable but when he is with Hlomu, he is possessive, narcissistic and toxic. Midway through Season 1, Mqhele beat Hlomu, and she suffered a miscarriage.

Viewers reacted strongly to the telenovela’s treatment of domestic abuse.

One thing the telenovela delivered for me was the emphasis on Mqhele’s abuse🙌🏾, a lot of you that read the book forgave Mqhele because Hlomu always sugarcoated the abuse but this telenovela brought to life the intensity of the abuse #TheWifeShowmax

From the younger Zulu brothers selling “space muffins” from Hlomu’s apartment to Hlomu’s twin brother Langa’s (Linda Majola) one-liners, there’s always a hilarious moment in The Wife. But middle Zulu sibling Nqoba’s (Abdul Khoza) antics and his eccentric outfits will have you laughing, like when he bit Nkosana’s arm while trying to break up a family fight.

And viewers can’t get enough of Nqoba:

Abdul Khoza is amazing, he truly embodies the Nqoba role. Class act really did the thing, he delivers . That final scene where he talks to the underground gang and then the gunshots

The characters are well-written and you’ll root for them, despite their flaws. If you’re not doing it already, you’ll be screaming at your TV while watching the characters make silly mistakes.

They didn't spare any expense production-wise and didn't compromise with the acting.

Really dope that they're pushing the envelope like that in SA. Also love the new talent. #TheWifeShowmax

Stream The Wife on Showmax now