DStv Premium kickstarts the year with an extravaganza of fascinating TV this December. 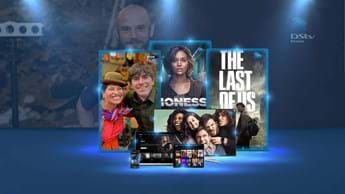 With the arrival of the new year, comes fresh shows to look forward to on DStv Premium. Whether you’re looking to tune into a sitcom that follows varied siblings or explore the unknown with a thrilling documentary, you can go on a journey of discovery about the world around you. Here’s a guide to the series you can expect this January.

Because you get ALL of DStv with Premium, check out our other monthly highlights packages for news about January’s offerings such as the brand-new telenovela Gqeberha: The Empire on Mzansi Magic (DStv Channel 161), Boer Soek ‘n Vrou on kykNET (DStv Channel 144) and much more.

What to expect on DStv Premium this January

With remarkable visuals and expert commentary, this docuseries follows Brian Cox, physicist and former musician, as he takes a journey across the red planet. Brian spends a week searching for signs of life on the surface of Mars.

The Last of Us

Based on the critically acclaimed video game of the same name, the action-adventure series is set in a post-apocalyptic world overrun by zombies and humanity is wiped out by a virus. The story follows Joel (Pedro Pascal), who is tasked with leading Ellie (Bella Ramsey), a teen girl, to safety.

Join renowned explorer Simon Reeve as he travels through the captivating continent of South America. From the Andes mountains to the Amazon rainforest, you’ll discover the unique cultures, history, and wildlife of the region.

Join three adult siblings who are divided by their class differences but united by love. One is wealthy, another is middle class and one is working class. The comedy series delves into their economic realities, relationship, and complicated romances.

In this gripping local crime-drama series, Samantha (Shannon Esra) goes out of her way to prove her innocence in murder and bring the right people to justice.

This docuseries delves into the science and art of colour, exploring how it affects our lives and shapes the world. Be it the vibrant hues of nature to the way in which animals and humans perceive the concept of colour, you’ll learn something new with every episode.