Whatever your taste, you’ll see something to love this January on DStv Compact Plus. 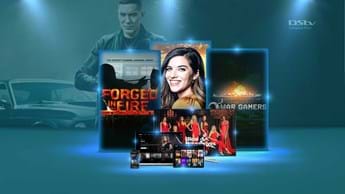 It’s a new year and you know what that calls for? New must-watch shows! Whether you’re a fan of reality TV, dramas, or competitive series, there's something for everyone on DStv Compact this January. Get ready to discover some new favourites.

PS: Because you get to watch so much more on DStv with Compact Plus, check out our other monthly highlights packages for news about January hit series like the brand-new local telenovela Gqeberha: The Empire on Mzansi Magic (DStv Channel 161) and reality series Lovey Dovey: Until When on Moja Love (DStv Channel 157).

The dating show shines a spotlight on farmers who are looking for love. Be part of the emotional roller-coaster – follow the love stories, heartbreaks, tears and drama.

The gripping drama series is a spin-off of the popular Power series. This time around, viewers follow the journey of fan-favourite, character Tommy Egan (Joseph Sikora) as he tries to start a new life in Los Angeles.

The docuseries takes viewers into the world of competitive video gaming. The show follows top gamers and teams as they compete in major tournaments.

Bladesmiths showcase their skills by creating weapons from scratch in this competition. Which bladesmith will make the cut and win the weekly cash prize?

The Real Housewives of Potomac

The Real Housewives of Potomac follows the lavish lives of well-to-do women in Potomac, Maryland. They throw extravagant events that usually end in catfights and this season highlights their friendships as well as their rivalries.

Watch The Real Housewives of Potomac Season 7 on Box Sets. Simply open Catch Up on your internet-connected DStv Explora or via the DStv App.

Also on DStv Compact Plus this January…

This anthology series by filmmaker Ava Duvernay chronicles a couple's relationship over eight episodes. In Season 2, we meet Sunday St. James (Joy Bryant), a chef who rekindles her romance with her first love Ellis (Henry Simmons).