What to watch on DStv Premium in December 2022 | Highlights 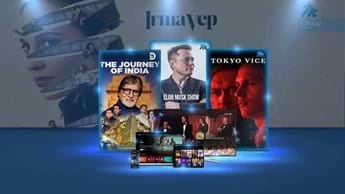 What’s brewing this festive season? Only the best on DStv Premium... Whether it’s the stylish drama series, Tokyo Vice, or the classic Royal Variety leading you into the new year, you can enjoy a month of celebration and togetherness.

PS: Because you get ALL of DStv with Premium, check out our other monthly highlights packages for news about December’s hit shows such as The Great British Bake-Off Christmas Special, The People's Choice Awards 2022, and the final episode of The Daily Show with Trevor Noah.

2022 saved the best for last with this thriller series that is based on American journalist, Jake Adelstein’s (played by Ansel Elgort) 2009 memoir of the same name. The story details his time working as a junior crime reporter at a Japanese newspaper in Tokyo. Things start cooking when veteran detective Hiroto Katagiri (Ken Watanabe) takes Jake under his wing, and he makes contact with the yakuza.

Mira Harberg (Alicia Vikander) is an American actress, who moves to France to star as Irma Vep in a remake of the classic French silent film, Les Vampires. If you were fascinated by the insider look at Hollywood in this year’s earlier series The Offer, you’ll love this tongue-in-cheek glimpse into the absurdity of making prestige TV in France.

Production company 72 Films updated this documentary series in May 2022 when fascinating tech giant and billionaire Elon made his original move to buyout Twitter. It does not cover the most recent carnage. Instead, we explore Elon’s rise to success through interviews with his inner circle, and those he used and spat out, along with footage from his early days in Silicon Valley, his Space X days and beyond.

Also on Premium this December