What to Watch on DStv Compact in December 2022 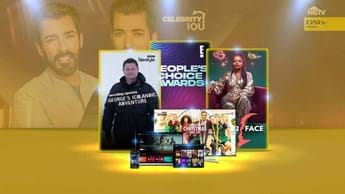 The best thing about the festive period is the real gifts it brings: the joy of friends and family, the spirit of giving, and the moments we take to forgive and connect. This December DStv Compact is bringing you all the warmth and love of the season.

South Africa will cheer on Trevor Noah in his final special farewell episodes of The Daily Show on Friday, 9 December. Staying local, there’s a brand-new Mzansi Magic movie every Saturday this month, and Nolly Nolz is aiming for a holiday reconciliation miracle between spouses and side pieces in the reality series Face To Face. We’re also celebrating our celeb love in The People’s Choice Awards 2022, and you’d better ask for tissues because Celebrity IOU is back with stars surprising hard workers with incredible home makeovers.

PS: You get to see so much more on DStv with Compact. Check out other monthly highlights packages for news about shows like Ko Strateng Season 1 on Moja Love (DStv Channel 157), The Hatcher Family Dairy Season 1 on National Geographic Wild (DStv Channel 184), and more.

It’s not about the critics, it’s about the shows and stars we love! Actor, comedian and 2022 People’s Choice Awards nominee, Kenan Thompson is the host and Lizzo is getting The People’s Champion Award. Meanwhile, Ryan Reynolds is this year’s People’s Icon. Also watch the awards, live on Tuesday, 6 October from 04:00 (E! Coverage starts at 02:00), and see E! Live From The Red Carpet at 18:00 on 7 December for the all the looks.

Embrace the holiday spirit of compassion and forgiveness in this reality series. Host, Noluthando “Nolly Nolz” Nqayi plays negotiator between people in established relationships, and the person they believe is their partner’s lover on the side. It’s about finding common ground, understanding the real emotional pain that infidelity causes, and agreeing on a way forward.

Feel the spirit of giving with this touching show. Property Brothers, Drew and Jonathan Scott help celebrities to renovate the places and spaces belonging to people who’ve been their biggest supporters, from best friends to personal trainers, drivers and PAs. Coming up, the late Lesley Jordan makes over a bestie’s garage, Cindy Crawford wants to glam up her trainer’s house, and Terry Crews gives his driver a dream garden.

Not even the festive baked treats are as sweet as TV’s gentlest reality show! Olly Alexander, Lydia West, Nathaniel Curtis and Shaun Dooley of UK drama series It’s a Sin, join judges Paul Hollywood and Prue Leith as well as hosts Matt Lucas and Noel Fielding, in the Bake-Off tent. PS: Also watch the 2020 special on Saturday, 17 December at 19:45 and Sunday, 18 December at 20:05.

Summer too sweaty? Snuggle down for winter wonderland feelings. Architect George Clark and master craftsman George Will Hardie show off how they do things up North in Western Canada’s snowy mountains, from remote ski lodges to epic mountain retreats. It’s architecture plus adventure as our hosts also go sledding, ice caving, and snow trekking.

Also on Compact this December