Coming up on Gomora this September | DStv

Secrets are revealed in Gomora on DStv in September 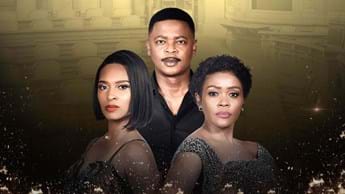 Nothing remains hidden in Mzansi Magic’s hit telenovela Gomora, and what’s done in the dark will certainly come to the light this September.

Be it upright high school principal Melusi Dlamini’s (Zolisa Xaluva) affair with Thathi (Katlego Danke), which divides his family, or gangster Don Buthelezi’s (Israel Matseke Zulu) kids Teddy (Sicelo Buthelezi) and Sibongile (Nandipa Khubone) discovering that he went back on his word and is still involved in unlawful activities – the secrets are slowly catching up with the characters. And by the end of the month, they’ll be facing repercussions for their actions.

Having recently found out that Melusi was cheating, his wife Gladys (Thembi Seete) takes the saying “keep your friends close and your enemies closer” literal by inviting his mistress Thathi to dinner this September.

To describe the two women’s interaction at the table as awkward would be an understatement. It’s a disaster!

Gladys insults Thathi and the latter inappropriately touches Melusi, which raises Melusi’s son Ntokozo’s (Ntobeko Sishi) eyebrows. The high school student was aware that his father was having an affair, but he didn’t know who the woman was. Seeing his father and Thathi together confirms Ntokozo’s suspicions and the young man barges into Thathi’s house to confront her about destroying his family.

With the Dlaminis unravelling, Melusi dumps Thathi for the umpteenth time this month. He reveals to Gladys that he has ended the affair, and that he’ll never talk to Thathi again. But can he deliver on his promise?

Gladys’ guilty consciences catches up with her

Gladys soon learns that inviting Thathi for a meal was a mistake, as the mistress’s presence unearths feelings that Gladys thought she’d long buried. The truth is that Gladys accidentally killed Thathi and Melusi’s son Langa (Siya Xaba) in June while she was attempting to avenge her brother Mohato’s (Ernest Msibi) death. And now, Gladys is struggling with her conscience.

She reveals her hand in Langa’s death to Ntokozo, and while the teen is stunned, he stops his mom from confessing her murderous secret to Melusi. Ntokozo knows that if the truth is revealed, it will only lead to Melusi divorcing Gladys and reconciling with Thathi – or worse, Thathi and Melusi might kill Gladys.

But with Gladys assisting Thathi to organise a pageant, will Gladys be able to keep her mouth shut?

When Don and his daughter Sibongile moved in with his baby mamma Zodwa (Sannah Mchunu) and their son Teddy, he told his family that he’d cleaned up his act. However, he recently took over Alexandra Township’s most notorious hijacking gang and he has been keeping his criminal dealings a secret. But when he steps on the wrong toes and rival gang member MaZet (Siphesihle Ndaba) puts a target on his back, Don comes clean to his family.

Zodwa contemplates kicking him out of her home, and his kids Sibongile and Teddy are conflicted. While they still want Don in their lives, they’ve lost all trust in him. To protect his family from his enemies, Don moves out of the home. But before he leaves, he meddles in Zodwa’s love life. Don gives Zodwa’s boyfriend Bongani (Thulani Mtsweni) an ultimatum: stay away from Zodwa or else… The death threat is enough of a warning for Bongani to end his relationship with Zodwa – but what will Zodwa say?