Coming up on Gomora this August | DStv 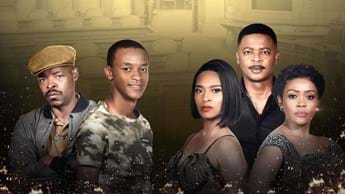 From an affair that’s brought to light, to a gangster who’s going around the streets of Alexandra Township devising a plot to rise through the ranks – things are heating up in Mzansi Magic (DStv channel 161) telenovela Gomora this August.

Upstanding Melusi Dlamini (Zolisa Xaluva) finds himself at the centre of a lingering infidelity storyline that comes to a head in August. Meanwhile, newcomer Don Buthelezi (Israel Mtseke Zulu) finds himself caught in a web of lies following a shootout. As Melusi and Don’s secrets catch up to them, they’ll face repercussions of their illicit actions. And they’ll even stand to lose their families.

When arrogant gang leader London (Robert Mpisi) is arrested in August, his right hand-man, Don, quickly rises to the occasion and oversees the hijacking syndicate. As anticipated, Don enjoys being in control, calling the shots and having the gang serve at his feet. Don is in his element – he’s way too comfortable, in fact. And when London is released from prison, Don isn’t going to want to relinquish his power, resulting in a nasty feud between the pair.

Drawing on his extensive experience in the crime world, Don manages to push London out of the gang. However, the new kingpin should beware: If there’s anything we’ve learnt from London in the past months, it’s that he doesn’t give up easily and he will spend the rest of August instigating Don’s demise.

Gomora High’s previously upright principal Melusi is dealt a conundrum in August when his mistress and teen sweetheart, Thathi (Katlego Danke), gives him an ultimatum: Divorce his pregnant wife, Gladys (Thembi Seete), or else…

Thathi is tired of waiting for Melusi to make up his mind. Having spent the past month sneaking around with Melusi on weekends, Thathi is tired of being “the other woman”! She demands that Melusi to come to the party by divorcing Gladys and announcing their relationship to the world.

Melusi’s heart tells him to choose the divorce, pack his bags and move into the fancy apartment that Thathi leased in Sandton, and explore their relationship without any interference from their loved ones. But destiny has other plans for them. Gladys is diagnosed with a pregnancy-related condition this month, forcing Melusi to remain in his loveless marriage and support his wife through the pregnancy.

As distressing as it is, Melusi breaks Thathi’s heart when he dumps her. He intends to put their affair behind him and commit himself to being a loyal husband. However, things take a turn for the worst when Melusi’s son, Ntokozo (Ntobeko Sishi), overhears the principal’s conversation with Thathi…

At first, Ntokozo is confused. He thinks that his mind is playing tricks on him. Melusi is the perfect husband: He loves Gladys, and he’d never look at another woman, right? Well, as Ntokozo will come to find out this month, he has been wrong about his dad all along. Melusi isn’t immune to making mistakes – and like everyone else, there will be instances where he falls short.

The news is too much for Ntokozo to bear and he goes on a rampage. The angry teen disrespects his teachers at school, he pushes his friends away, and he lashes out at his parents. The resentment towards his father eventually boils over and Ntokozo reveals Melusi’s affair to Gladys.

The jury is still out on whether Gladys and Melusi’s marriage is over. But there’s bound to be tension, arguments and divorce talks in the Dlamini home this August.