Isono’s mother-son conundrum: Is love a debt to be paid? 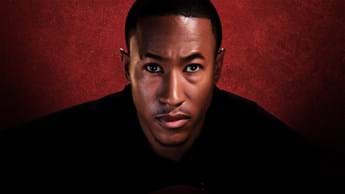 When Mary isn’t ordering Gabriel around, or treating him like a body-burying dustbin man, she’s sending him across town to sell a toddler for thousands of Rands in her side-hustle child-trafficking business. This dodgy, crime-filled lifestyle has become unbearable for Gabriel – and now he wants out. “Gabriel is in a tug-of-war with himself and his conscience. He is tired of living on the wrong side of the law, but every time he tries to walk away, Mary talks him into staying,” explains Bohang.

Throughout the first season of the soapie, Gabriel will attempt to escape his mother’s grip. It won’t be easy, because in Mary’s eyes, she owns Gabriel and he owes her. Read on as Bohang digs into Gabriel and Mary’s toxic mother-son bond – and a secret that he’s hiding from the world.

Because Mary took Gabriel in after his parents abandoned him as a child, she induces guilt trips to control him. When he’d try to leave in the past, she’d stop him at the door, sit him down, and remind him that she saved him. “To some degree, Mary is right. She welcomed Gabriel into her home when he was all alone, built him up, and took him to the best schools. For that, Mary believes that he’s forever indebted to her,” explains Bohang.

Mary raised Gabriel to take over her empire, but at the rate he’s developing sympathy for others, that doesn’t seem likely. In one of the episodes, Mary is disgusted when she realises that unlike her, Gabriel has a moral compass. “Why do I see that you’re changing before my very eyes?” asks an unimpressed Mary. Little does she know that Gabriel has always had principles, he was just pretending because he wanted her acceptance.

“Gabriel has a good heart, which often gets him into trouble with Mary. He is grateful for everything that she’s done for him, but at the same time, he resents Mary for introducing him into her dodgy lifestyle,” reveals Bohang. “At times, Gabriel finds himself looking back and wondering how his life would’ve turned out if he wasn’t Mary’s protégé, but they shared a ‘normal’ mother-son relationship, where there aren’t secrets and lies.”

Trapped in the closet

Gabriel’s conflict isn’t only with Mary. He has identity issues, and he’s hiding his feelings for his friend and childhood sweetheart, Abednego (Senzo Radebe), too. “Gabriel took a liking to Abednego when they were still young. They felt an attraction towards each other that they couldn’t explain. Now that they’ve reunited, after spending years apart, Gabriel is still uncertain about their feelings for him,” says Bohang.

Gabriel is afraid to pursue a romantic relationship with Abednego because church-going Mary is against same-sex relationships. Forget the fact that she’s a murderer and sells babies, that’s where she draws the line! For the longest time, Gabriel has lived his life trying to fit in and please Mary, which is the same reason he’s struggled to break free from her,” says Bohang, adding that his character understands that coming out of the closet would cause havoc. “Gabriel fears that his loved ones would judge him and look down on him. In his world, [homosexuality] is totally unacceptable. Gabriel wants to blend in, and not have to be someone who everyone looks at or talks about. He’d rather remain friends with Abednego than be an outcast,” adds the actor.

Bohang admits that Gabriel is the most challenging character that he’s ever played on screen. Previously, he’s portrayed good-guy doctor Lefa on soapie Isidingo in 2018 until it ended earlier this year, and he briefly played Trevor in 2018 on telenovela The Queen. “I auditioned four times as Gabriel, which was rigorous,” says Bohang. “They kept calling me back and when I returned, I was told to dig deeper and show them [producers] my dark side or whatever it was that they required. By the time they called me to notify me that I’d got the role, you can imagine how relieved I was. I had given it my all,” explains the actor. “Gabriel is the most complex character. He forces me to look within and stretch myself as an actor.”