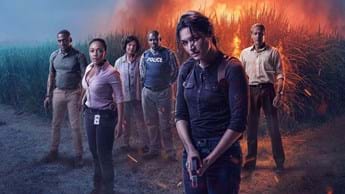 The name Reyka comes from the Icelandic word for smoke, and just like smoke hides the light, the cane fields of KwaZulu-Natal hide the bodies of a serial killer’s victims in M-Net’s (DStv channel 101) African original crime drama, Reyka.

In those dense fields, all sorts of evil deeds can be hidden until the cane is stripped down and the ugly harvest of death is revealed. The terrain is rough and secluded – removed from towns and people who can hear victims scream and struggle.

When Reyka was filmed on location in KwaZulu-Natal, this atmosphere was captured in the series and the sugar cane fields became a character in their own right.

Actress Kim Engelbrecht, who plays Reyka Gama, a criminal profiler on the hunt for a serial killer, and series director Zee Nthuli tell us more about filming in KwaZulu-Natal and how the location became an integral part of this thrilling, proudly local crime drama.

“It takes on a life of its own”

“I don’t think anyone has ever seen Kwazulu-Natal as beautifully depicted as it is in this show,” says Kim. “When the cane moves in the wind, it seems to take on a life of its own. It is green, tropical, mysterious and lush, and with the intense heat in the region, it becomes the extra protagonist in the show.

“KwaZulu-Natal adds a hot, sweaty, powerful element to each scene, which helps to mould the unique feeling that only Kwazulu-Natal can offer. It is really majestic when you see it on screen.” 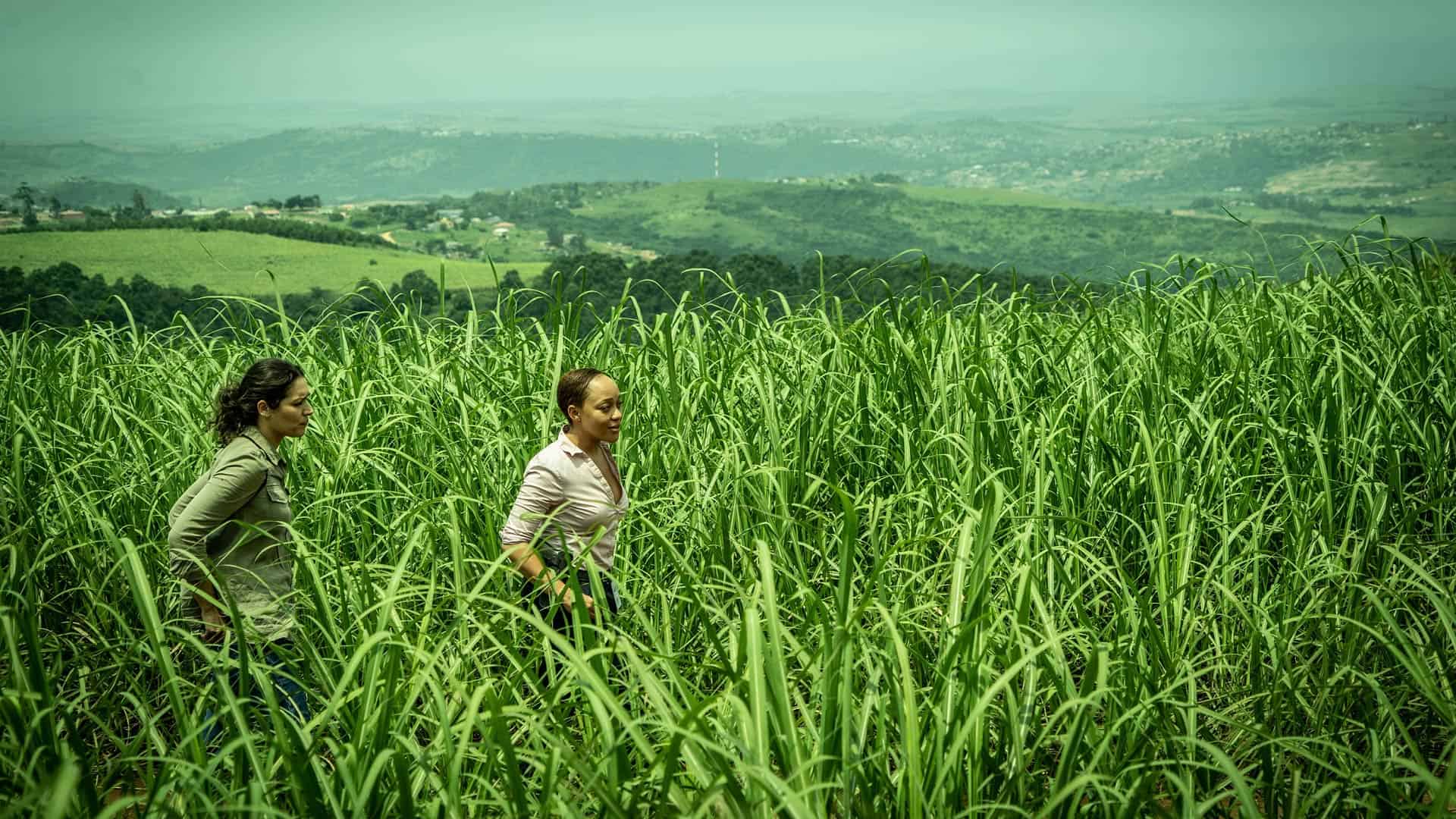 Reyka and her colleague, Nandi (Thando Thabethe), walk through the dense cane fields.

Director Zee Nthuli lived in KwaZulu-Natal for almost 10 years and echoes Kim’s words: “Everything rusts, moulds and decays in this environment, and we use that to symbolise the wear and tear that is inflicted on the characters within the story of Reyka.”

Furthermore, the KwaZulu-Natal cane fields is an environment that is rarely explored on screen. “It informs on a visual level: It's hot, intense and humid, and that plays a big part of Reyka and the story that unfolds,” adds Zee.

Although the region is lusciously green, you can’t miss the divide between communities: The rich cane farmers in their farmhouses versus the poor communities in their huts. Their worlds are very different – and that adds more to the tension of the setting.

Nandi and Reyka talk to the local children in the village.

Kim is especially excited to see how the audience reacts to the series. “It is undoubtedly one of the biggest shows I have ever done in my career. I had the chance to make something extraordinary with a wonderful team of creatives, and I am excited to share what took four months to produce with the viewers.

“We were in a unique situation where everyone on this show was completely invested. The entire team knew the script and the material, which does not happen often. Serena Cullen, our producer, wanted to make this a learning set, so many of our crew were young and excited, which changes the energy,” adds Kim.

“I am also excited to see how people following the show are drawn into this chaotic world, and I hope they become invested in it. I want to see the detective in each of us becoming activated to solve the mystery and to witness how the empath in all of us feels for Reyka and her struggle with life.”

The snakes hiding in the fields are as deadly as the sugar cane is sweet.