Shot on location in KwaZulu Natal and Johannesburg, captivating African crime-drama thriller Reyka starts its eight-episode season Sunday, 25 July at 20:00 on M-Net (DStv channel 101). The season will also be made available on DStv App and Catch Up.

The series, which exposes the secrets and lies, truth and trust, damage and healing and forgiveness and the future, sees South African actress Kim Engelbrecht (The Flash/Dominion) star as Reyka Gama. Acclaimed British actor Iain Glen (Game of Thrones/Downton Abbey) stars as Angus Speelman while South African and SAFTA award-winning actress Anna-Mart van der Merwe (Poppie Nongena/Kanarie) also stars as Reyka’s mom, Elsa who struggles to see her daughter’s life spiral into cycles of obsession with her abductor and work. 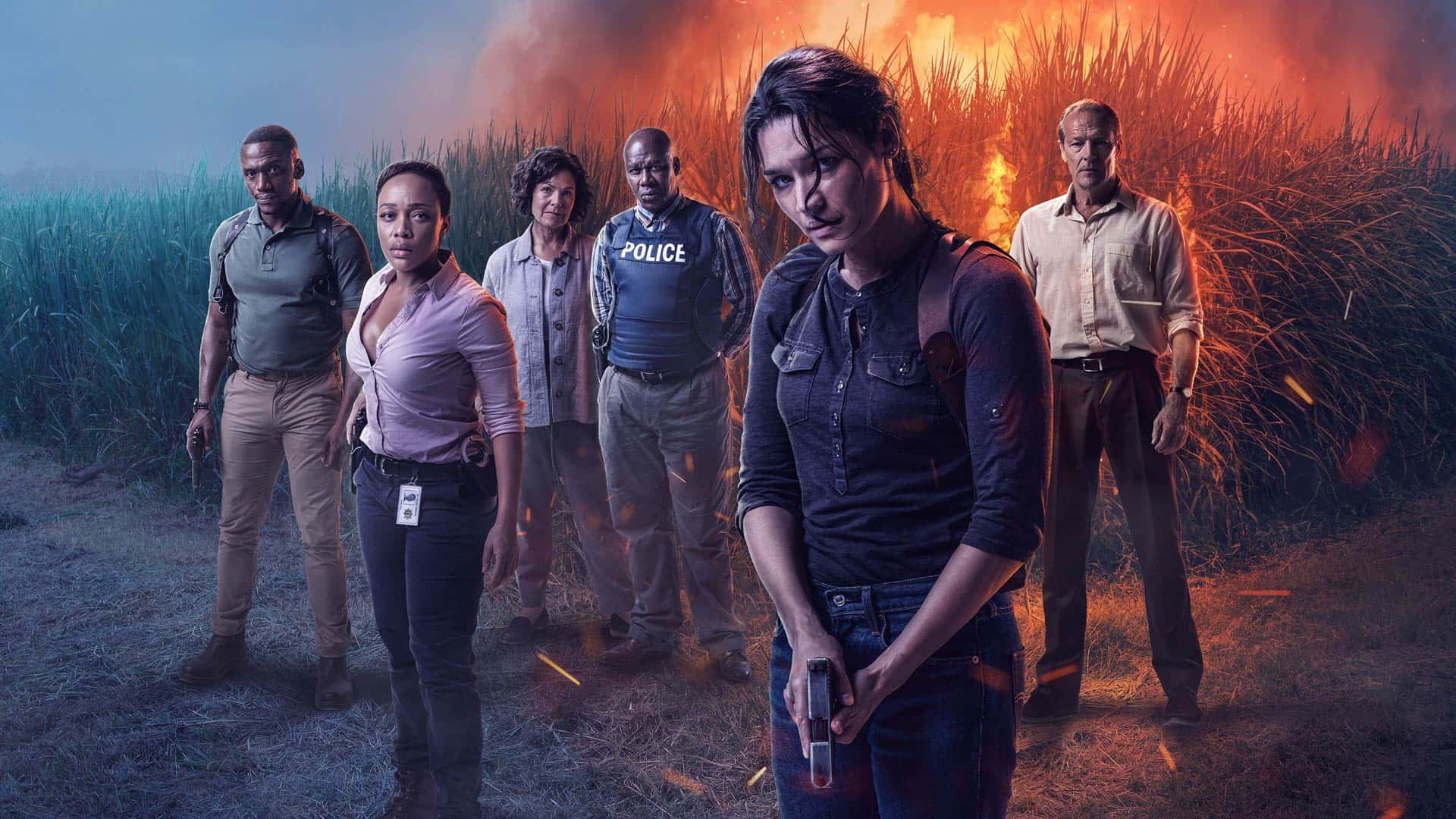 On Friday, 18 June 2021, Reyka opened the 60th Monte-Carlo Television Festival with its worldwide first episode screening in Monaco and received rave reviews from guests who attended the festival. Alternating between 1994 and the present day, the series is created and written by award-winning screenwriter Rohan Dickson and directed by Zee Ntuli (Hard to Get) and Catharine Cooke (The Girl from St Agnes).

1994: April 27, eleven-year-old Reyka Gama, accompanies her mother Elsa, a photographer who is covering the elections for a local newspaper. It’s a time of huge excitement and hope but then something cataclysmic happens, Elsa is looking the other way and Reyka, her only daughter is abducted.

Present day: Haunted by her disturbing past, a flawed but brilliant Reyka, now a criminal profiler, investigates a string of brutal murders committed by a serial killer amongst the sugarcane fields of KwaZulu Natal.