10 things you need to know about MasterChef SA Season 4

10 things you need to know about MasterChef SA Season 4 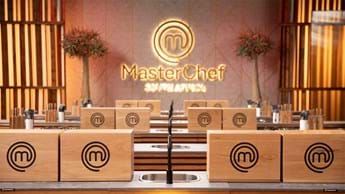 The countdown has officially begun, with just a few days to go until the highly anticipated return of MasterChef South Africa – after an eight-year break – we share some nuggets and insider information, straight from the producers, bon appetit!

1. It’s a shift from the traditional reality TV broadcast model…

From Monday 28 February, MasterChef SA season 4 will be broadcast four times a week (Mon-Thu) – a move away from the traditional reality TV model of broadcasting an episode a week. This is a first for a local reality show.

2. … but the format is the perfect MasterChef recipe you know and love

As an international show with a detailed series bible that needs to be followed religiously, MasterChef SA will work in the same way as it does in any other country. The only format difference this season is that there was no MasterChef Bootcamp due to Covid restrictions.

3. The set will take your breath away

All 20 episodes were shot at Makers Landing at the V&A Waterfront in Cape Town, one of the world’s top tourist destinations, in November 2021. “The set was beautiful and absolutely huge. The setting is unsurpassed, combining the grittiness of a working harbour with the world’s biggest table – Table Mountain – as backdrop,” says Paul Venter, one of the producers of MasterChef South Africa.

“We had the advantage and privilege of working with triple volume spaces, and an amazing design, with quiver trees standing guard, the impressive kitchen fully kitted out by @HOME and the incredible Pick ‘n Pay pantry with its astounding array of local and indigenous produce. South African elements have been included in the design in a contemporary way,” he continues.

Watch MasterChef SA season 4, airing on M-Net (DStv Channel 101), Mondays to Thursdays at 18h00 from 28 February. The finale will air on Thursday 31 March.

Because of the nature of the cooking competition show, production didn’t have to manufacture any drama for the cameras – they just had to make sure they were always there to film it.

“It’s a pressure cooker environment: 20 contestants, three judges, a challenge (which gets more difficult as the episodes progress), a pantry of overwhelming choices, a nerve-wrecking mystery box with unfamiliar ingredients and cameras following your every move with no place to hide even your smallest mistake,” says MasterChef SA content producer Errieda du Toit.

5. The contestant selection process was intense

With over 1000 comprehensive entries to analyse, producers then chose those who stood out to join the next round: Zoom interviews where various aspects were looked at, from culinary knowledge to a practical knife-skills demonstration. Producers also wanted to get a feel of the entrants’ (none of whom are allowed to be chefs or to have attended culinary school) approach to South African heritage food and local produce. 40 were then shortlisted to audition in Cape Town, before the final 20 were selected.

“The 20 contestants who made it through are most deserving of their MasterChef aprons, ticking so many boxes: a deep passion for food, a clear food dream, talent and lots of personality,” says Venter.

6. The mental health of contestants was of utmost importance

Filming a show like MasterChef SA isn’t easy, but especially so in the middle of a health and social crisis. The production team, therefore, took extra care with contestants to ensure their mental health was taken care of – even after filming is done.

Du Toit says: “Many support systems have been put in place to ensure contestants’ emotional wellbeing with a duty of care mentor, as well as a psychologist looking after their interests. They are giving guidance and emotional support till long after the show has been aired, especially due to the pressures relating to the pandemic and social media. We take this very seriously.”

7. Production created magic, even in the middle of a pandemic

The MasterChef SA set was a Vaccinated Only site – no one was allowed on set if not vaccinated or unless with special clearance. Strict Covid-19 protocols were followed on set, and there was an on-site Covid testing facility where all guests and visitors had to undergo a rapid test and wait for results before proceeding. Luckily, when shooting began it was Level 1, “so we had a little bit of leg-room and we are proud to say that the whole production of MasterChef SA proceeded Covid-free,” adds producer Paul Venter.

8. The talent is out of this world

With a diverse range of contestants all deserving of their place on the show, viewers will enjoy watching their sheer talent in the MasterChef SA kitchen. Du Toit says: “They are an amazing group of talented, interesting and enthusiastic South Africans, each with their own food dream, brought together by their love for food and cooking.” And what about the three new judges: Justine Drake, Zola Nene and Gregory Czarnecki? “They exceeded all our expectations and are just a joy to watch. They have a special chemistry, and they’re very real, knowledgeable and witty,” says Venter.

9. It really is proudly South African

From the ingredients used to putting heritage food in the limelight, this season of MasterChef SA truly celebrates our amazing culinary cultures. “What sets South African cuisine apart is the many different influences, cultures and traditions which makes it so multi-layered,” says du Toit.

“Bringing this diversity across in MasterChef SA through the contestants and the challenges we set them, is what gives this season it's true South African character. We all immersed ourselves in this incredible opportunity to capture the essence of our culinary melting pot.”

10. Viewers will fall in love with MasterChef SA season 4

Venter sums it up perfectly when he says: “South Africans will love the relatability of the show – we know the people, the food, the emotions and unifying power of food. We kept it truly South African, with no need to look across our shores for inspiration. We believe it will make everyone very proud that a show of this calibre has been produced to these high standards locally. This is a feel-good show.”

Watch MasterChef SA season 4, airing on M-Net (DStv Channel 101), Mondays to Thursdays at 18h00 from 28 February. The finale will air on Thursday 31 March.