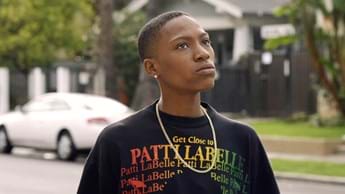 Choose Joy when you sit down with your family and friends to watch DStv Compact this December.

Lifetime (DStv channel 131) will be running special Christmas movies all month long, and we’ve singled out brand-new Snowed-Inn Christmas with Bethany Joy Lenz and A Gospel Christmas with Demetria McKinney as modern classics.

If you’d like to celebrate and you love a good story but you’re not into Santa and sleigh bells, KIX (DStv channel 114) has movies for martial arts fans of all ages, with films from the 1980s and 1990s featuring starts like Jet Li, Donnie Yen, Michelle Yeoh and Jackie Chan. You’ll also find 1 of the sweet old 1980s adventure films with Tom Selleck when you switch on for High Road To China.

And if your friends are your family, sit down together (or by Zoom) to enjoy Twenties Season 2.

Keen for more? Here are the must-watch reality and lifestyle shows on DStv Compact this December.

The only thing that Jenna Hudson (Bethany Joy Lenz) and Kevin Jenner (Andrew Walker) have in common is that they work for the same online publication in New York City… until they volunteer for a special writing assignment, and a rogue storm strands them in the town of Santa Claus, Indiana, where they rediscover the magic of Christmas.

Hong Kong cop Inspector Ng (Michelle Yeoh) and her Scotland Yard counterpart, Inspector Carrie Morris (Cynthia Rothrock), must track down the 2 petty thieves who stole a microfilm that contains critical evidence that ties a crime boss to a murder case, allowing the system to put him behind bars. 1985 action classic.

Heart of A Dragon

Action movie, originally released in 1985. Top Hong Kong cop Tat (Jackie Chan) is devoted to his mentally challenged brother, Dodo (Sammo Hung Kam-Bo), and cares for him despite the costs to his love life, career and dream of sailing around the world. Then Dodo is kidnapped during a gangland fight.

In The Line Of Duty 4

1989 Hong Kong action film directed by Yeun Woo-ing. Madam Yeung (Cynthia Khan) and Detective Donny Yan (Donnie Yen) investigate a drug trafficking case. After they prove a dockworker innocent of murder, they must find and expose the true killer, along with the identities of those who framed the dock worker.

Once Upon A Time In China III

1993 Hong Kong action film set in China in the late 1800s and directed by Tsui Hark. When Master Wong Fei Hung (Jet Li) and his disciples uncover an assassination plot shortly before a martial arts contest, the Master must stop the assassination while also battling their opponents.

Action film directed by Jackie Chan, originally released in 1989, and set in 1930s Hong Kong. After an old lady named Madam Kao (Gua Ah-leh) sells him a rose, gullible but kind-hearted country boy Kuo Cheng-Wah (Jackie Chan) suddenly becomes lucky, which could save his life in a mob war.