One night only! Thrilling holiday specials and music documentaries on DStv Premium this December 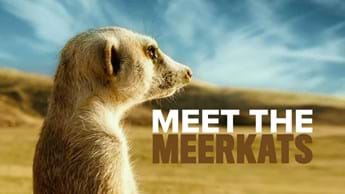 DStv Premium is here for the celebration season with something for everyone in the family to enjoy, with the music that ties us together.

As well as the classic Royal Variety Performance (celebrating its 100th year in showbiz this year) and the Supervet Christmas Special, there are brand-new, one-night-only special documentaries on music artists including John Lennon, Britney Spears, The Spice Girls, Depeche Mode, Amy Winehouse, Tina Turner and more.

And there’s a handful of intriguing documentaries on other subjects, too, including Diana, Princess of Wales, trafficked Meerkats being released back into the wild in Meet The Meerkats.

Keen for more? Here are the must-watch series and movies to watch on DStv Premium this December.

The Bee Gees: How Can you Mend A Broken Heart

This music documentary follows the career of The Bee Gees, Australian brothers Barry, Maurice and Robin Gibb, who dominated the disco scene and wrote over 1,000 songs. Eldest brother Barry gives interviews and we see archival interviews with his late twin brothers, Robin and Maurice.

The first part of this 2-part documentary on unusual public figures focuses on Queen frontman Freddie Mercury. Psychiatrist Dr. Bob Johnson explores the life forces and experiences that shaped Freddie’s personality, from childhood onwards. Freddie lived life large in the spotlight, but was intensely secretive. Who was behind the mask?

This brand-new 2-hour documentary takes us inside the life and career of soul survivor, recording artist and performer Tina Turner, revealing how she escaped a number of life’s traps to become a global phenomenon in the 1980s. Tina speaks for herself in interviews, along with Angela Bassett and Oprah Winfrey, and there’s a wealth of archive material, too.

This 3-part special documentary draws on hundreds of hours of archive footage and interviews to explore the Spice Girls phenomenon, and how this group came to dominate the charts and pop culture during the 1990s. In parallel, the series also explores modern feminism and social justice movements.

In December 1980, John Lennon had a new album to promote when he spoke with BBC DJ Andy Peebles in New York. Two days later he was murdered. Using the interview as a backbone, this documentary combines photographs and archive footage to illustrate the topics he discussed, from working with David Bowie to politics and addiction.

The Battle For Britney: Fans, Cash and A Conservatorship

Documentary. Award-winning journalist Mobeen Azhar digs for the truth behind the complex conservatorship that Britney Spears was under for the past 13 years, and the fans who advocated for her freedom, as he follows her footsteps from Los Angeles to Kentwood, Louisiana, taking in a court hearing along the way.

In this documentary made 10 years after the death of singer Amy Winehouse, her goddaughter, Dionne Bromfield, shares her experiences with Amy and talks about the impact that Amy’s death had on her life. It’s a portrait of the friendship between Amy and Dionne, and of Amy as a normal person struggling with addiction.

Depeche Mode: SPIRITS In The Forest

This documentary, directed by Depeche Mode’s filmmaker and long-time artistic collaborator Anton Corbijn, is a blend of live-concert film, documentary and album, made during the final concert of the band's Global Spirit Tour in Berlin, Germany. It also tells the stories of 6 of the band’s fans.

Rob Delaney narrates this animal “soap opera” that follows the fates of 2 meerkats mobs rescued from animal trafficking, as they adjust to life in the Kalahari Desert. See the birth of baby meerkats, watch how a single mom struggles to raise her brood alone, and see how the meerkats hunt, flirt and survive.

Ex-British soldier and adventurer Jason Fox takes American comedian Rob Delaney and TV presenter Maya Jama through a series of physical challenges while chatting about heartfelt topics in this doccie-reality series aimed at pushing limits and boundaries, and building up resilience.

Journalist Angela Saini and disability rights activist Adam Pearson explore how the Nazis used the idea of selective breeding (eugenics) to justify wiping out anyone who didn’t meet the Aryan ideal. They’ll also look at the English roots of Eugenics, and how it continues to impact modern society.

Diana: The Interview That Shocked The World

Over 22 million people watched Panorama reporter Martin Bashir’s explosive interview with Diana, Princess of Wales, as she spoke about what really happened inside her marriage to Prince Charles, and how life inside the royal family and public spotlight affected her mental health. Now find out how the interview happened at all.