See South Africa and the world in reality and factual series on DStv Family this Novembe. Stay connected to DStv to watch it all. 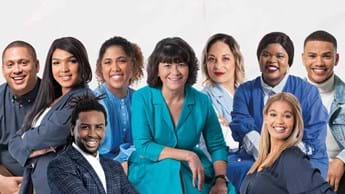 Curious minds find their home on DStv Family this November.

DStv Family is also filled with ways of seeing the world beyond our borders, and even beyond this natural realm, in a new season of The Osbournes Want To Believe. Europe From Above takes us into the air, while Ocean Wreck Investigation dives beneath the waves and Wicked Tuna North vs South shows what it’s like to be caught out in the battle between sea and sky.

Read on for more and click here for more DStv Family November highlights: movies and series.

Got the gift of the gab? Get ready for SA’s most intense job interview! In this reality competition series, a Pretoria-based car dealership in search of a sales super-agent presents 14 contestants with a series of challenges as they compete for the position and bragging rights. Hosted by Jo Black of Doodgewone Jo.

Host Carla Mackenzie presents a selection of the best episodes from this tough music quiz that pits musicians’ superfans against one another over the course of a set of increasingly difficult questions about the musician, who’s there in the studio with them to add a little more personal detail to those answers.

Teacher and motivator Ntate Thuso Motaung (Mr Lesedi FM himself) is taking us behind closed doors to hold deep, meaningful conversations with couples in crisis. This show aims to uncover what’s gone wrong in the relationship, and to give people the tools to develop and support emotionally healthy relationships.

The Osbournes Want To Believe S2

Jack has more crazy paranormal footage to show his mom Sharon and dad Ozzy in an effort to convince them to believe in the supernatural. Jack tries to prove that cats can see ghosts, and exposes Canada’s version of the Loch Ness Monster, and the Osbournes discuss Moon Landing conspiracy theories.

Professor Rachel Jafta’s Stellenbosch-based Rachel's Angels Mentorship Programme is making a big difference to young people of colour by pairing grade 11 and 12 learners with mentors from Stellenbosch University. This documentary takes us inside the project to meet the programme’s alumni and find out how it changed their lives.

Europe From Above S3

Using drone footage taken from the air throughout the seasons of the year, this documentary series reveals how tradition, engineering and natural wonders have shaped Croatia, Norway, Portugal, Ireland, Switzerland and Iceland. See the world’s longest deep-sea cable, a masterpiece of Roman architecture, Lisbon’s mosaic pavements and more.

Watch from Wednesday, 3 November on National Geographic (DStv channel 181) at 21:00

This series recreates the final moments of ships and those on board, while personal testimony fills out the human side of these tragedies. The documentary also explores submarine accidents including three different German U-Boat wrecks like UC-66, the first U-Boat to be sunk by a plane.

Watch from Thursday, 4 November on National Geographic (DStv channel 181) at 21:00

This documentary draws on archive footage to explore Germany’s military operations in North Africa between 1941 and 1943. See how Australian and British troops in the small town of Tobruk in North Africa inspired the world by resisting the most celebrated German general of World War Two, Erwin Rommell.

The fishermen of Gloucester wrestle their living from the sea, one giant bluefin tuna at a time. Seven southern boats travel to the Outer Banks to risk rough seas, shifting sand bars and freezing cold. But Rasta Rocket, one of the smaller boats, reaches out for help when the storm threatens to overwhelm them.