On the Set of Ghosted S1 | Watch it on DStv 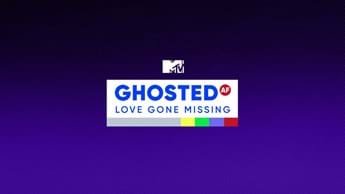 While you’re watching Ghosted AF: Love Gone Missing, do you ever wonder how Shamiso and Oros make it happen?

The dynamic Ghost Hunting team take us inside a day in their lives on the show, talk about what makes them such a great team, and even reveal how they feel about being left on read or “blue checked” (when your cellphone indicates that someone has seen your message, but you’re not getting a reply) themselves!

PS: if you’ve missed the action and drama until now, all the episodes of Ghosted so far are available on Catch Up.

One day with Ghosted

Shamiso: First, I get my face done by a lovely lady named Thuli (Thuli Kobue), Oros comes in and he gets his face done.

Then we then pack all the cars, which takes an extra 40 minutes, because the crew needs to make sure they have every single thing that they need. Sometimes we'll have a voiceover to do.

Then we get into the car and head to our destination. There we’ll get a briefing of the situation, and the story (we see this part in the show). But we're not told much, so it is as authentic as it can be.

We pack the cars, we get in, and we (usually) drive very far. As we drive, we discuss a little bit about where we're headed and what we think we're going to find when we get there.

We meet the person who's been ghosted – The Haunted – and ask them a couple questions. And then we always have a witness who is either a middleman or someone who's introduced them, or a mutual friend.

We ask them a couple questions like, “Why do you think your friend got ghosted? What do you think of the person who ghosted them?”

And then we do a social media investigation where we thoroughly analyse the people and try to come up with our own theories as to why the person got ghosted.

And then we go home.

Oros: Literally straight after we meet them, we have to start compiling a theory of what we might think is going on, and what the outcomes might be.

Then we have to go into the social media platforms, check out everything and see what's really happening and who these people are in a nutshell, as much as we can.

Shamiso: And then the next day, we have the confrontation at the studio, where now we're meeting the Ghost for the first time, and finding out that most of these theories are actually incorrect.

I don’t think we’ve actually been right like, ever! So, it's pretty exciting for us, because we are also wondering what's going happen, like, “I wonder what the reason is?”

What makes Shamiso and Oros the ultimate Ghost hunting team?

Shamiso: Our personalities complement each other well. I have social anxiety. So, I'm always very anxious before meeting The Haunted, for example. I think I actually saw it on episode 3. I don't understand why I get so nervous. And you (Oros) said something, like, “You'll be good”. Oros is a calm and self-assured kind of person. Whenever I have a dip, he’s calming, like, “Don't worry, we got this, we're fine.” And then afterwards, he’ll tell me, “No, you did good. I don't know why she was stressing.”

Oros: I love how our energies complement each other. There's a fire in her. And water in me. When I need a bit of an energy kick, I know that she's there, blazing that fire.

When do you think that ghosting might be a legit way to go?

Shamiso: I think ghosting is okay if you are constantly telling someone, you're treating me badly or you are disrespecting me or you keep doing this thing that I've asked you not to do and you won't fix it.

Oros: If you feel like you're being abused, and maybe it's a situation where this person, if you told them straight on, they would be insistent on trying to fix it. And you have had enough and it's unhealthy.

How do you feel about being left on read (or blue checked)?

Shamiso: I'm going to come to your house! That's how I feel. I feel like if you don't respond to my messages, it’s because you want to see me in person, so I'm coming. Maybe I need to see the Ghosted therapist about this. I don't take too kindly to being ignored, it pulls a certain emotion out of me that I don't like.

Oros: For me, if someone blue checks me, I’m cool. In business, if I'm waiting on a deal, I think they don't want to respond until they have an answer. But If you’ve ignored me personally, you've given me my response by not responding, and I'll act according to that until you teach me different.

MTV is available on DStv Premium, Compact Plus and Compact. To upgrade your existing package, click here.