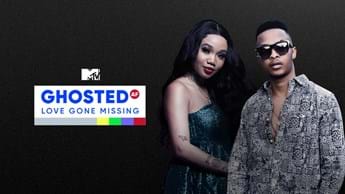 MTV Africa has announced the launch of an African first, hit US reality show Ghosted: Love Gone Missing gets a local makeover.

MTV Base Culture Squad TV personality, Shamiso Mosaka, and actor, Oros Mampofu, have bagged the hosting gig for the show becoming the first hosts of the series in Africa. The new MTV reality format will explore the phenomena of “Ghosting”, the practice of ending a personal relationship with someone by suddenly, and without explanation, withdrawing from all communication.

In what is expected to be a dramatic first season, viewers can catch the premiere exclusively on MTV Africa (DStv channel 130) on Monday 16 August at 21:30.

Host, Shamiso, is no stranger to our TV screens and continues to make her mark as a force in culture, having being announced as a member of the MTV Base Culture Squad. She will be joined by popular South African actor, Oros Mampofu, who has featured in some of the most popular local dramas and series in the country. Both are empathetic, have curious minds and emotional intelligence that will guide viewers through stories of heartbreak and betrayal.

“Being part of the Culture Squad has been a great experience and being the first host for Ghosted in Africa is literally the cherry on top. I can’t wait to see what’s next for me in this industry, I’m definitely feeling very blessed.” commented Ghosted co-host Shamiso Mosaka

“I'm very grateful for not only for landing Ghosted, but I'm grateful for what I have in my life. I think you can expect more of me than the character. You will find out who I am, where my views stand and a lot of character traits because I am being myself,” said Ghosted co-host Oros Mampofu.

MTV’s Ghosted: Love Gone Missing is an innovative investigative series where our hosts will help distraught individuals track down and confront a former lover, friend, or family member in an effort to uncover the truth of why they ghosted them. Each episode will feature a different story from our guests, “The Haunted”, who are each seeking closure from their “Ghosts”.

Monde Twala, Senior Vice President and Co-General Manager, ViacomCBS Networks Africa, said“We’re thrilled to have our Culture’s Squad’s Shamiso expand her role within our youth brand and are excited to welcome the exceptionally talented Oros Mampofu to the family. Ghosted series is part of our ongoing commitment to partner with the best local talent and tell authentic, bold and engaging African youth culture content. Viewers can be assured that they will be entertained.”

Be sure to catch all the highs and lows of “The Haunted” and their “Ghosts” on Ghosted: Love Gone Missing Mondays at 21:30 MTV Africa (DStv channel 130) from 16 August.