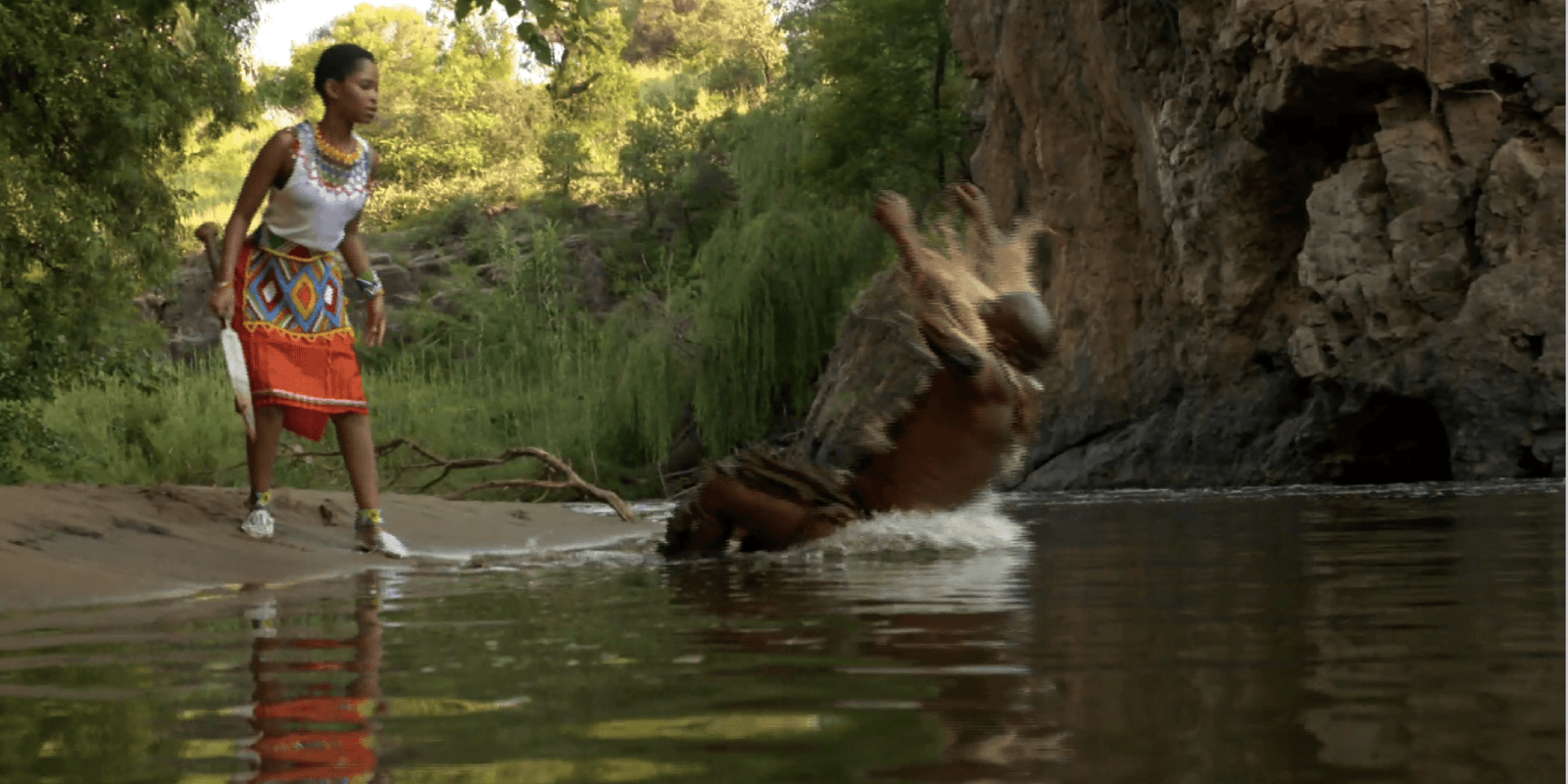 The push of death

Banzi has been the villain we have loved to hate for the longest time, the signature voice and the deliberate way he drags Siiiiimi's name has been our favourite things to complain about. After Simi made a comeback from her death bed, there was only one thing on her agenda - Kill Banzi! We were reluctant to see how this would end because Banzi always wins. This seemed to be the case when in an unexpected turn of events Banzi captured Zamani, stabbed Karlujah and even attempted to burn Kero and Diamond (Yes, issa lot).

This all took a 360 turn when Abednego and Oscar came to save the day, allowing Simi to break free and face her opponent, face-to-face. Simi went in for the kill, stabbing him with an Mkhonto and pushing him back into the river! Mzansi was in owe of Simi's strength and fearlessness and we must admit, we were too.  Mzansi was soo shoocketh, it made #IsithembisoMzansi trend for hours, with many speculating that the villain might not be dead at all! Whether he is or not, this goes down as one of Isithembiso's exciting episodes! It was a whole movie!

Tonights Episode was LIT And too Legit Well Done Bomb Productions I Believe Simi Will Have Peace Now! #isithembisomzansi pic.twitter.com/3T9rxhuKqH

Guys do you think #Banzi is really dead? Me I have my reservations... #isithembisomzansi

Also Banzi will never die because he is the Chuck Norris of #IsithembisoMzansi #Isithembiso pic.twitter.com/hFI46MA9ps

What an episode , filled with a lot of emotion and braveness #isithembisomzansi
Wow @nandii_m 👏❤

Kero must jst sit down yaz , he has never won anything . Even simi killed banzi herself 😂😂😂😂😂😂#isithembisomzansi

#isithembisomzansi 🔥🔥 wow this drama. My heart almost fainted it's toomuch 😩. @nandii_m you guys are AMAZING🙆

Whether Banzi remains defeated we will forever remember the moment Simi stood up to him. A true zulu princess.  Tune in to Isithembiso weekdays at 7:30 pm.

If you missed the action packed scene, view the the gallery here:

News
Ramokgopa OUT, Banzi IN – Isithembiso
Banzi basks in victory, after he’s announced the city’s Interim Mayor.
News
Happy endings – Isithembiso
Our faves find their way back to each other again.
News
Young Love on Isithembiso
Zamani and Simi have beaten the odds despite their age
News
Why Sne is all the goals – Isithembiso
An appreciation post!