What’s done in the dark comes to light

Detective Fanie van Wyk searches for a serial killer on the loose in Showmax’s latest offering. 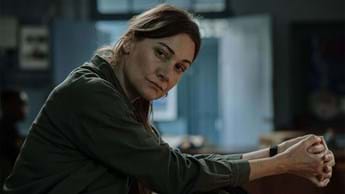 Set in Limpopo, Showmax Original mystery series, Donkerbos kicks off after six corpses of minors are found in a backwater forest of a small town. The murder case sees Stephanie “Fanie” van Wyk (played by Erica Wessels), wrestling with her dark past, her family and the community to catch the killer before another child’s life is taken. The storyline is filled with plot twists that you won’t see coming…

In the quest for the truth, Detective Tsedza Tshivenga (Sanda Shandu) is brought in from Johannesburg to assist Fanie and the team on the headline-grabbing case. “He’s perfect for making Fanie walk on eggshells,” says Nico. “His eyes are magnets, but you never know what he’s thinking.”

Nico describes Donkerbos as “a story about how almost everyone fails the most vulnerable members of society - children - but there is hope in the men and women who keep fighting, despite the odds.”

Add Showmax to your DStv account to watch Donkerbos. New episodes are added every Tuesday.