A hero is born

A hero is born

Let your little ones join MK as he becomes the superhero that this generation needs. 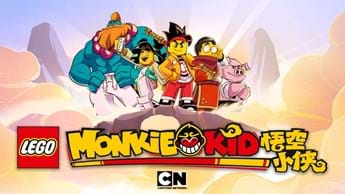 The last thing Monkie Kid, who’s better known as MK, expects is to become an overnight superhero. However, fate has other plans for our dear MK. The teen’s journey begins when he uncovers a magical golden staff that once belonged to his hero, Monkey King.

After a series of unexpected events, MK is given Monkey King’s powers to fight against the evil Demon Bull King. Throughout the series, MK is tasked to overcome his fears and withstand the forces of evil to protect his community from danger.

Monkie Kid is inspired by the classic Chinese fantasy novel, Journey to the West, which follows a monk, who sets out to protect his village from three demons. Just like the monk, MK isn’t alone in his battle. He is surrounded by his family, who always offer him sound advice, and his mentor, Monkey King, ensures that our young hero has the tools he needs to triumph.

The show is fast-paced and colourful, and the characters are exciting for the entire family to enjoy. So, get your little ones to follow MK’s journey to self-discovery.