All treats, no tricks for kids and parents this spooky season on DStv, with Disney zombies, Lego maniacs, Shrek scary stories and more 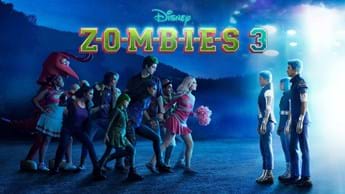 DStv has special treats for your little ones in the run-up to Halloween on Monday, 31 October. Whether you’re a big dress-up and buckets of candy house, or you just enjoy a spooky story now and then, you’ll find something to keep your children entertained.

If you’re looking for an outfit inspiration, there are loads of characters to look for, including all the Shrek friends. Or you could take a note from what the Young Dylan kids are wearing, and there’s plenty of cute Disney inspiration for costumes on the more traditional side.

There’s a superhero, who’s grabbing everyone’s attention, and his name is Shazam! It doesn’t take long for Superman, Wonder Woman, Batman as well as the rest of the Justice League to notice, and ask Shazam! to join their squad. While Shazam! is interested in becoming a member, he grows reluctant because he is hiding a secret. It turns out that he is actually 10 years old, and his name is Billy Batson. Soon after, Shazam! is tasked with rescuing the Justice League and he eventually reveals his identity.

The whole family can enjoy the funny anarchy of DreamWorks’ short films together. Look out for Shrek mini features like Scared Shrekless, The Pig Who Cried Werewolf, The Ghost of Lord Farquaad, and Far Far Away Idol. Plus, there are two Monsters vs Aliens mini-films: Night Of The Living Carrots, and Mutant Pumpkins from Outer Space. Another to watch out for is Scared Shrekless, in which Shrek, Donkey, Puss, the Three Little Pigs, the Big Bad Wolf, Gingy, and Pinocchio tell scary stories in the now abandoned and run-down kingdom of Duloc. Donkey and Puss’s Psycho-style story wins our King Of Halloween crown.

In this live action-comedy series, a magical luchador (wrestler) mask choses ordinary 13-year-old teen, Violet Rodriguez (Scarlett Estevez) to become its latest hero. When she dons the magical mask, Violet gets the real superhero power of super-speed to help her fight crime and evil alongside her uncle Cruz (JR Villareal).

It’s an all-day Halloween extravaganza for the little ones. Nothing too spooky because it’s all about fun. Even little Lucas the Spider is in on the action as he makes scary masks, dresses as a ghost and hides in sneaky places so he can jump out and say “boo”. Later, Lucas learns that he needs to check with his friends before giving them a Halloween scare, because being scared makes some people cry. Also look out for special episodes of Cocomelon, Thomas And Friends, Kingdom Force, Dino Ranch, Zig & Sharko, Mr. Bean and Masha And The Bear (wait till you see what happens when The Bear lets Masha watch a scary movie!).

It’s a bubbling cauldron of cartoon fun! Our favourite might be We Bare Bears: Charlie’s Halloween Thing. Charlie tells the bears spooky stories about three creepy plush toy bears that come alive and try to kill our bear bros, and another tale in which Chloe becomes a were-bear after Grizz bites her hand. And we can’t miss Teen Titans Go! Halloween vs Christmas in which the Teen titans team up with some ghouls to stop a jealous Santa from taking over Halloween. Also look out for…

It’s even Halloween for the littlest kids! Mr Maker shows us how to create a fuzzy monster. There’s a little fun with Hey Duggee, too, as Duggee and the Squirrels visit a spooky castle. Keep an eye out for Duggee special episode, when Duggee and his friends chase a naughty ghost around the farm…wait for the surprise reveal and the truth about what happened to Duggee’s missing sock. If your kids are Duggee fans, they’ll notice that everyone is wearing a special outfit.

Look out for special episodes of Mickey Mouse Fun House, Spidey And His Amazing Friends, and PJ Masks. In Mickey’s Tale Of Two Witches, Mickey tells Pluto the tale of two witches in training: Minnie The Wonderful and Daisy Doozy. They have four big tests to pass at the Happy Haunt Hills Witch Academy before they can graduate and earn their brooms and pointy hats.

Three haunted days of happiness are on the way! The best news is that the brand-new episode of Young Dylan has a Halloween theme. Dylan and Charlie are decorating the school for a big Halloween party when they realise that the creepy janitor might have a spooky secret. There are also ghost twins, who’ve been at the school since 1871. Meanwhile Rebecca and Bethany bicker over their costume choice for the trick-or-treat festivities.

Scary Saturday, 29 October: The Loud House marathon and the premiere of The Casagrandes Season 3, episode 3

Which package are the channels on?

To upgrade your existing package,click here. Or if you'd like to Get DStv, find a service that suits your needshere.