kykNET gets a schedule change

Suidooster set for a new timeslot and new telenovela Diepe waters to air in October on kykNET (DStv Channel 144). 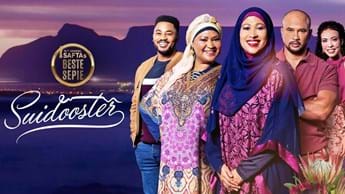 From Monday, 3 October 2022 the prime time schedule for kykNET (DStv Channel 144) will kick off with the popular soapie Suidooster at 18:00, followed by the new telenovela Diepe waters at 18:30.

With this move, Premium subscribers will have a wider variety of Afrikaans shows on kykNET and kykNET&kie to enjoy.

“The new timeslot for Suidooster and the launch of Diepe waters differentiate the offering on the two kykNET channels and extend our strategy to grow both channels’ unique offering,” says Waldimar Pelser, M-Net Director for kykNET channels. “kykNET is commited to give all our viewers the best possible viewing experience.”

The new kykNET telenovela, Diepe waters, will be on air from 3 October 2022, from Mondays to Thursdays at 18:30. Diepe waters is set in the world of competitive swimming and the swimming club, Die Swartmarlyne, that is owned by Gys Swarts.

The weekday schedule for kykNET&kie stays unchanged, with exciting new shows that kick off on Saturdays in October. Sê jou sê, presented by Aiden Thomas, will broadcast from 1 October 2022 at 19:30, and in January 2023 a new international reality series, My ma kook beter as joune!, starts. Entries for this new show are now open.