What to Watch on DStv Compact in September 2022 | Highlights

Be an insider this September on DStv Compact

From the red carpet to the record label to the sensational court case – know the best bits with DStv Compact this September. 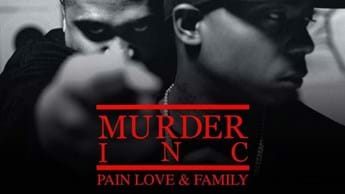 September marks the start of the annual awards season and you’re getting front row seats at the SAFTAs with Mzansi Magic (DStv Channel 161), as well as red carpet access at the Emmys with E! (DStv Channel 124).

There are so many more ways to be an insider with DStv Compact. Docu-drama Murder Inc gives us a jaw-dropping look into the real-life drama behind the record label, while true-crime series The Murdaugh Murders: Deadly Dynasty Season 1 catches us up on all the drama surrounding this famous case, which is currently in court in the US, and the trial gets more insane by the day (just look up Alex Murdaugh).

If you’re just here for those DStv Compact great stories, though, The Wife Season 1 and Miss Scarlet And The Duke Season 2 have that perfect blend of mystery, intrigue, romance and drama to make your TV a treasure.

PS: because you get to see so much more on DStv with Compact, check out our other monthly highlights packages for news about September hit series like Better Call Saul Season 6, Coming Out Season 2, Running Wild With Bear Grylls: The Challenge Season 1, Houvrou Of Trouvrou Season 1, My Life With A Disfigurement, Hidden Passion Season 1, and Dr. Pimple Popper Season 4.

This five-part docu-series takes us soaring and plunging along with the changes of fortune at the Murder Inc record company. Company mastermind Irv “Gotti” Lorenzo talks about how he founded Murder Inc with his brother Chris after his success at Def Jam Records, and the talent spotting and negotiating behind landing Ja Rule (also a series producer on the show), Ashanti, Jay Z, DMX and Mary J Blige. And just wait till you hear the stories behind the infamous real-life 2003 FBI & NYPD raid (referenced in Ja Rule’s Murder Reigns music video).

Miss Scarlet And The Duke Season 2

Young Victorian lady Eliza Scarlet dodges both poverty and unwanted marriage by running her father’s detective agency with the (generally reluctant) help of her childhood friend and her father’s protégé, Detective Inspector William Wellington of Scotland Yard, aka The Duke – and some streetwise help from a petty con man named Moses. This season Eliza is on the trail of both a missing shopgirl and a stolen sketch by Charles Darwin, a blackmail case sets her up against a rival private detective, and she’s accused of breaking into the city morgue.

This cooking reality series takes us inside a replica of Julia’s famous as-seen-on-TV home kitchen, where eight home cooks are competing for a chance to study at Le Cordon Bleu in Paris, where Julia learned the skills and dishes that she’d later teach the whole world in her long running TV cooking series, The French Chef. In each episode, contestants must first recreate one of Julia’s famous dishes, following along with one of her programmes, which will be shown on the kitchen’s giant TV, then create a unique dish inspired both by Julia, and by their own lives. The tone is more calm and cooperative like baking show The Great British Bake Off, and less like cutthroat reality series Hell’s Kitchen.

Watch The Julia Child Challenge Season 1 from Wednesday, 7 September at 19:55 on The Food Network (DStv Channel 175)

This three-episode true-crime documentary delves into the ongoing mystery surrounding the murder of powerful ex-South Carolina lawyer Alex Murdaugh’s wife Maggie and one of their two sons, Paul (who killed a 19-year-old passenger in a drunk boating accident in 2019), and the accusation that Alex stole millions of dollars from his former clients. The investigations into the deaths have turned up other suspicious events including Alex’s attempt to fake his own murder, the death of the family’s nanny and housekeeper, Gloria Satterfield.

Inspired by local author Dudu Busani-Dube’s Hlomu book series, this telenovela follows the Zulu brothers – a Johannesburg crime family, who run a taxi empire – through the eyes of the women they love. Season 1 is centred around middle brother Mqhele (Bonko Khoza) and his troubled marriage with journalist Hlomu (Mbalenhle Mavimbela). Hlomu breaks her engagement to doctor Sandile (Kay Sibiya) after meeting Mqhele at a taxi rank, unaware that his family is behind the cash-in-transit heists that she’s investigating.

Calling all local TV fans, get ready for South Africa’s grandest awards night as the stars celebrate the “Frame The Future” theme. DStv is sweeping the Best Drama nominations with Reyka, Slot, Dam and 4 Mure vying for the award. New eHostela hostilities break out as Dumisani Dlamini (Celemba) and Thobani Dlomo Nzuza (Mndeni) go head-to-head for the Best Actor TV Drama award. The late Shaleen Surtie Richards is remembered as one of the Best Supporting Actress Telenovela nominees for her work in Arendsvlei. And the public vote will determine who wins Best TV Presenter, and Most Popular TV Soap Or Telenovela.

Also on Compact this September

Dazzling TV on DStv Premium and Compact Plus this September

Check out the other highlights packages for more on these shows, which you will also be able to watch this September…