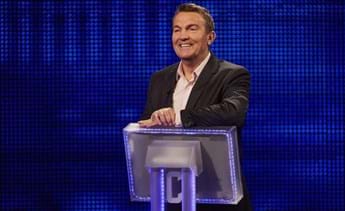 Known for their blockbuster Hollywood fare alongside high-quality local productions, the M-Net channels are expanding their must-see entertainment slate with beloved series from Britain.

In addition to the ITV hit game show The Chase – which now freshens up the M-Net 101 daytime schedule with premiere episodes on weekdays – the MultiChoice Group has also acquired staple British soaps and dramas. Count in UK viewing institutions such as Coronation Street and Emmerdale as well as the unique war saga, World on Fire. These shows will be available on DStv Premium’s flagship channel, M-Net (DStv 101), or M-Net City (DStv 115), which is also available to DStv Compact Plus and Compact viewers.

More good news is that Love Island S6, filmed in Cape Town, will create a big buzz across Africa soon, from the first week in August.

“Our hand-picked selection of the best of the best British reality shows have been audience favourites for many years,” says Jan du Plessis, Director: M-Net Channels. “We’ve learnt that the viewers of our M-Net’s general entertainment channels are global citizens who enjoy a variety of stories from different countries and cultures. Adding a wider selection of British genres will not only enable us to bring more fresh content to African shores but also spice up some of our daytime schedules.”

According to Du Plessis, the M-Net channels will continue to build on their British offering in future, while also acquiring the crème de la crème of European series. “These international productions will complement our existing first-rate schedules.”

The series all mentioned above will also be available on DStv Catch Up via connected decoders or on DStv Now.

Why M-Net’s newly-acquired British shows will be right up your alley:

It’s one of ITV’s most successful shows of all time. Contestants can run but never hide: a professional quizzer, a “Chaser”, is coming after them to block their path to heaps of cash. The stakes are high so emotions are pushed to the brink in the lead-up to an epic David and Goliath showdown. Host Bradley Walsh masterfully defuses the tension with wit and charm. Oh, and he loves teasing the Chasers!

A bunch of the hottest singles imaginable create steamy television as they take up challenges and swap partners. Their mission? To find the perfect match and win a stash of cash. The sixth season of Love Island UK was filmed under sunny South African skies in a villa in the ultra-posh suburb of Constantia, Cape Town. This is the first season with Laura Whitmore as the presenter.

The world’s longest-running soap has been going strong for 60 years. The cobbled streets around the Rovers return and the people who have walked down this path are an indelible part of British culture. Over the years, Coronation Street, or “Corrie” as it’s affectionally called, has won various awards for its compelling, down-to-earth storylines and characters. M-Net City will screen the latest Coronation episodes.

This British soap is set in a fictional village where the tight-knit community faces all kinds of ups and downs. The series, which often includes spectacular scenes, has featured strongly at BAFTA Awards over the years, and key storylines have drawn more than 10 million viewers. The most recent episodes will be on M-Net City later this year.

World on Fire is a seven-part masterpiece about ordinary people’s responses to traumatic, life-changing events. Set during World War 2, the series tells interwoven stories that stretch across Europe in milieus that have not often been depicted in war-time sagas. World on Fire was written by Peter Bowker and features brilliant actors such as Helen Hunt and Sean Bean. It has been renewed for a second season.

British TV is going green in March and April on DStv