Mondays are for telenovelas

kykNET & Kie is bringing you some heated telenovela drama this July 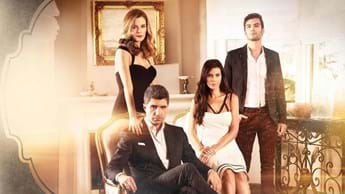 With winter in full swing, kykNET & Kie (DStv Channel 145) is warming up your home and living room with some telenovela drama. Starring some of telenovelas biggest stars, you can look forward to unexpected plot twists that will leave you gasping at the edge of your seat. And just when you think you have the storyline and characters all figured out…another spanner is thrown into the works.

Here's what you can expect from the new telenovelas coming to kykNET & Kie:

For Yiğit, his whole life has been programmed to work, succeed and learn, he doesn’t believe in love. That’s why he agrees to marry his aunt’s daughter İclal, on his aunt Aytül’s incentive. For Yiğit, marriage is a logical partnership. However, his wife İclal believes that if she tries hard enough, she will win her husband’s heart one day. She finally makes him tired of her little games, and with Yiğit’s decision to get a divorce, her life turns into hell.

This is the story of a surrogate mother’s fight to keep the baby, when through a twist of fate she discovers that he is her own biological child. The story becomes more complicated when she falls in love with the father of her baby. A wealthy family is waiting for their older son to produce an heir. When his wife has difficulties conceiving, they find a surrogate in Elif. The young girl is in desperate need of money and easily deceived by the family. When she discovers that she is actually the baby’s bio- logical mother as well, she fights to claim him back. Things are further complicated by the love that grows between Elif and the older son, while the powerful family fights back and refuses.

kykNET & Kie (DStv Channel 145) is available to Premium, Compact Plus, Compact, Family. To upgrade your existing package, click here. Or if you'd like to Get DStv, find a service that suits your needs here.