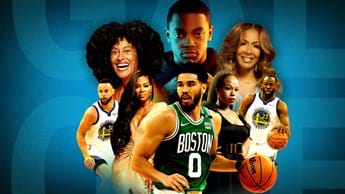 Kumnand’ eKhaya when sikunikeza NBA Finals, RHOA, PowerBook 2 and many more with the DStv Compact Open Window from 09 - 21 July 2022. That’s right, we are opening up 1Magic & ESPN 2 to all our Compact customers!

Here is some of the content you can look forward to:

Our favourite Johnson family returns for a final curtain call after an eight season run. We have enjoyed watching the kids grow up and the ups and downs the family has gone through, and sometimes we could relate. The final season of Black-ish consists of 13 episodes and centers around the African-American Johnson family, led by Andre "Dre" Johnson, who struggles with finding his cultural identity while raising his kids in a white neighborhood with his wife, Bow.

Calling all RHOA fans, the ladies are back and season 14 is certainly distinguishing itself from the last few seasons. While the women are still throwing shade left and right, S14 will see an introduction of new housewives as well as returning ones. The first episode titled "She by Herself" airs live on Monday, 20 June, at 19:00 on 1Magic (DStv Channel 103). Here is a brief synopsis of what viewers can expect to see when it premieres- The group celebrates Kandi's Broadway play in New York, the ladies attempt to get to the bottom of Drew's weight-loss business. A date with Tyrone in Philly leaves Sheree's long-distance relationship in peril.

If you missed out on S1, we urge you to make a date with your TV because POWERBOOK II: GHOST S1 was fire and S2 is sure to be even more heated, no cap. A sequel to the series Power, Tariq St. Patrick is on his own for the first time as he navigates his new life, in which his desire to shed his father's legacy comes up against the mounting pressure to save his family. POWERBOOK II: GHOST S2 begins its second season with Tariq St. Patrick still running from a legacy that haunts him. Forced into the choice to take the life of his professor, Jabari Reynolds, Tariq finds himself drifting further from that which he's been fighting to protect: his family.