Speaking for the dead 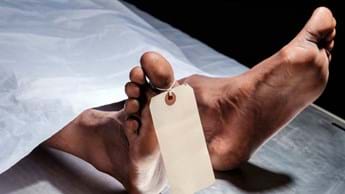 While true crime fans curl up with their favourite creepy TV series and podcasts, South African forensic pathologist Dr. Hershelle van Staden is getting her stories straight from the corpse’s mouth…so to speak. In her new show Outopsies, she’ll show us how she’s using those stories, told by the body, body, to help victims to find justice after death. “I examined some of the victims and I was personally part of the cases. In some cases where I didn’t do the examination myself, I got a copy of the file and then I give my insights and observations without making definite conclusions,” she says.

“The series is anything but cold and clinical,” adds Hestelle, who has 16 years’ experience as a pathologist and medical examiner beneath her protective clothing. “Together with a team of experts and investigators, we give insight into cases of people who have died under unnatural circumstances.” And while not all the “unnatural” deaths that cross her table happen due to crime, there are some cases in which she can tell all, and others in which she must remain silent as the grave about certain aspects, as the cases are still in court! “It’s against the law to make definite claims about cases that are still to be heard in court,” explains Hestelle.

Hestelle often testifies in court as a medical examiner and pathologist, and despite all her years on the job, it remains a stressful experience. “It’s like being a duck that is floating on the water. From the top I look calm, but under the water it’s just legs flapping,” she admits.

Keep that in mind as she shares her experiences on the stand in Outopsies. “Personally, it’s important to me to be thoroughly prepared when you give testimony. You can get asked anything and you have to think on your feet to give the correct answer. At the end of the day, I’m there to help the court. I’m the voice for the person who died, I can’t choose sides. I have to give the facts and trust that the truth will come out,” she says.

Spotlights for the season

Some of the cases that will be featured in Outopsies Season 1 include child abuse and murder (episode 1); a failed car hijacking that resulted in a shooting (episode 2); and a woman who tried to poison her husband (episode 3)...

“The case is called the Middelburg Poisoning,” Hestelle reveals. “A woman hired a hitman to murder her husband, but he failed. She then took matters into her own hands and poisoned him with Aldicrab. It’s an interesting story because this type of poisoning isn’t uncommon. Aldicrab is a sort of pesticide that is used on farms. The powder can be thrown into a victim’s drink, and he can sometimes give two steps before collapsing and dying. It doesn’t happen in all instances, though, and miraculously this woman’s husband survived her attack.”

And Episode 4 focuses on one of the stranger “unnatural” deaths that’s landed on her table. In 2018, filmmaker Carlos Carvalho was attacked by a giraffe and died! “Carlos was busy filming the giraffe when the animal started spreading its legs wide, lowered his neck and swung his head at Carlos.” The giraffe hit Carlos in the head, and he later succumbed to his injuries. “This is an example of an unnatural death that wasn’t due to a crime,” says Hestelle. “The inquest to the death hasn’t been completed, so I can only give my observations on what would happen to someone who sustains the kind of injuries Carlos did.”

The aim of the series is not to make people despondent about crime or the South African Police service, says Hestelle. “We want to tell a positive story about the people behind the scenes that really work hard to get answers about what happened to victims. Hopefully that can give their loved ones closure on the case and give them a sense of peace.”

One of Anni Dewani’s killers, Zola Tongo, is due to be released on bail on Tuesday, 21 June, 2022. This 4-episode true crime series digs into Anni’s hijacking and murder by a supposed contract killer in 2010 during her honeymoon in South Africa with British husband Shrien Dewani, and the controversial investigation and trial that followed.

HBO True crime drama mini-series based on the case of crime novelist Michael Peterson (Colin Firth), who went on trial in 2003 for the murder of his second wife, Kathleen (Toni Collette). Kathleen supposedly fell down the stairs, but forensic evidence suggested differently…and there was the small matter of a previous death with the same pattern.

This true crime series lives up to its title, so keep the lights on! Among the cases, Quincy Jovan Allen goes on a shooting spree as practice for being a Mafia hitman. And Matthew Hoffman, later nicknamed The Leaf Killer, stuffs his victims into hollow trees and keeps a teen rape victim prisoner is a basement filled with leaves.

Mark of A Serial Killer Season 3

Criminal psychology experts, investigators, prosecutors and the killers’ friends and family members tell the stories of how serial killers left evidence behind. Cases this season include that of Paul Runge, who burned his victims, numerous killers who stalked their victims along the same stretches of road, and (in a special, longer episode) serial killing team Sam Dieteman and Dale and Jeff Hausner, who shot people and pets for attention in Arizona in 2005-2006.

Local true crime. What led a woman to smother her boyfriend’s 7-year-old daughter? Why would a husband blame his wife for “making him angry” then stab her to death in broad daylight? 11 Ex-prisoners answer for their crimes in a different way as they explain how they wound up behind bars for crimes from murder to theft and drug offenses, and how they’ve turned their lives around since their release.

VIA (DStv Channel 147) is available on DStv Premium, Compact Plus, Compact, and Family. To upgrade your existing package, click here. Or if you'd like to Get DStv, find a service that suits your needs here.