The who and when of The Time Traveler’s Wife 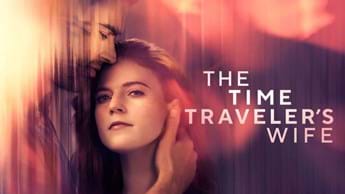 Steven Moffat is one of the Executive Producers behind The Time Traveler’s Wife Season 1, a romantic fantasy series based on Audrey Niffenegger’s 2003 novel about a life-long love complicated by time travel. He worked on the show with his own life-long love, his wife of 20 years, Sue Vertue, whose projects include the Sherlock series, romantic comedy series Coupling, and Mr. Bean.

Steven is an old hand at mucking about with time – which was his job as a writer on long-running BBC sci-fi series Doctor Who. Audrey’s book even inspired one of his Doctor Who storylines. “I read the book and loved it. But all I'd done in Doctor Who was use the wonderful, fantastical element of an out-of-sequence relationship (in The Girl In The Fireplace episode during the 2010 Amy Pond/Eleventh Doctor storyline),” he says. What attracted him to the story again was not so much the time twists, as the opportunity to write about a happy relationship. “Audrey was taking the details of a happy, successful, absolutely monogamous, absolutely mutually nourishing relationship and made it interesting by just adding time travel. It's extraordinary how seldom anyone writes about that,” he explains.

With the story being told out of sequence, it helps to know where in time our love birds, Clare Abshire and her love, time traveler Henry DeTamble, might meet. We took a peek inside the book…

The series is likely to juggle the timeline of events, and round-together ages at which things happen just to limit the number of performers needed to play Henry and Clare. Most importantly, Rose Lesie (aged 35) plays Clare at ages 16-35 while Theo James (aged 37) plays Henry at ages 26-43.

“I’m 37, and I play Henry as an impulsive, young, full-of-himself, mid-20s and late-20s man. And then I play an early-40s, mid-40s version of him. It’s great that I’m in between, because I’m young enough to remember my stupid self, and the mistakes I made, and the cockiness, and the dumb, impulsive decisions. And I’m old enough to imagine a more settled sense of self, hopefully a little bit longer in the tooth, and a little more thoughtful with my actions,” says Theo

PS: In stable time Clare is 7 years, 11 months, and 9 days younger than Henry.

Henry De Tamble first travels through time on his 5th birthday. During that trip he unknowingly meets his 24-year-old self for the first time. He is 9 years old when meets the 27-year-old version of himself. For the first time, the older Henry introduces himself properly and admits who he is.

A 15-year-old Henry travels back a few months to tell his slightly younger (but still 15-year-old) self that they cannot change time.19-year-old Henry is nearly caught housebreaking. He needs to develop criminal skills because while he can travel through time physically, he cannot take anything with him that’s not part of his body.

Clare is 6 years old when she meets Henry (then aged 36 and 35) for the first time in her favourite meadow and he proves that he can travel through time.

We see into the future, when it turns out that time travel really is genetic. People like Henry are referred to as CDPs, Chrono-Displaced People. And while there’s tragic news that has to do with why we never see Henry aged past 43, with so many Henrys hopping about the timeline, things are not as bleak as they might have been.