Ben 10 Versus The Universe: The Movie blasts off this October on Cartoon Network (DStv 301)

Cartoon Network’s Ben 10 will expand to take on the universe with Ben 10 Versus The Universe: The Movie, set for its African premiere this October.

Featuring new characters, settings, and powers for Ben, fans won’t want to miss his most epic adventure yet. The movie is the first for the latest iteration of Ben 10, which debuted around the world in 2016.

Premiering across Africa on Saturday, 10 October at 10:10 on Cartoon Network (DStv 310), the new action-packed movie will focus around a blast from Ben’s past returning to do double the damage on Team Tennyson and planet Earth itself, forcing Ben to go interstellar to save the day.

Meanwhile, Gwen and Grandpa Max team up to help protect the world in Ben’s absence. But when our boy hero is confused for the villain in space, Ben must figure out how to get back to Earth to help save the planet!

How to watch Ben 10 vs. The Universe online

Download the DStv app. It’s the online version of DStv. Free to download on your smart device, the app enables you to download content and watch it on the go – so you can take Ben with you on all your travels! 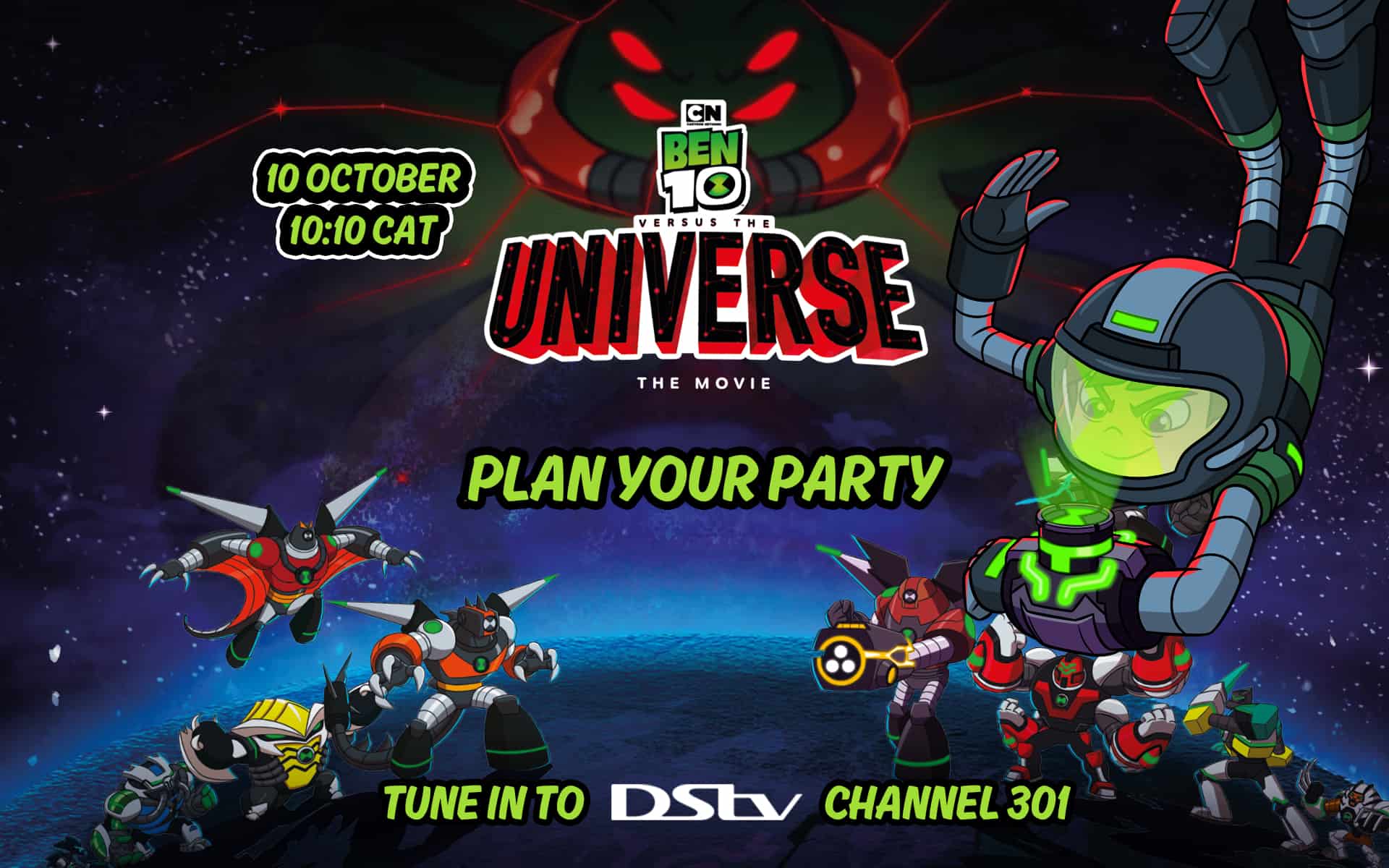 Ben 10 is getting ready to take face the biggest fight of his life – Vilgax in space! He needs kids all around the world to get ready to go on this epic journey with him.

Get your friends and family together, it’s going to be a fun ride!

We've got everything you need to prepare for Ben 10 vs The Universe: The Movie. Click the link below to download your free movie ticket, masks, paperchains, popcorn boxes and more!

And get ready for new episodes!

Ben 10 is currently in its fourth season of the revitalised, high-energy, extra-terrestrial, action-packed series and takes fans on journeys with Team Tennyson through Rome, Tokyo, the Yucatán and more. New episodes continue to debut on Cartoon Network Africa, starting on Monday, 5 October, at 18:10.

In this impressive new Ben 10 stunt called Ben 10 Versus, Ben 10 is pitted against some of the series' most prominent villains, setting the stage for when Ben takes on the universe in Ben 10 Versus The Universe: The Movie.

Tune in to Cartoon Network (DStv 301) to join this alien-shifting, bad-guy fighting hero for some brand-new heroic adventures with much anticipated action inspired alien encounters!

Watch it online with DStv Now!

It’s the online version of DStv. If you can’t be at home to watch your favourite shows via your decoder, visit now.dstv.com and watch DStv on your laptop, tablet or phone. It’s no extra cost to all DStv subscribers (just remember to keep an eye on your data).