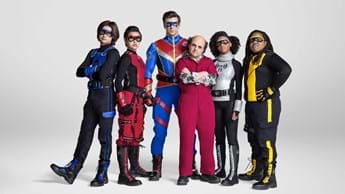 While October is spooky season, it’s not all ghosts and monsters on Nickelodeon (DStv 305). 4 new series – 2 live-action shows and 2 animations – are cranking up the action. So, whether you’re into LEGO dinosaurs or you can’t wait for more Henry Danger-style superhero sidekick shenanigans, get ready for the fun to start this Nick-tober on DStv!

The LEGO dinosaurs are roaring back onto the smallscreen in 2 new LEGO Jurassic Park movies. The Secret Exhibit part 1 on Monday, 5 October and Part 2 on Tuesday, 6 October, act as a prequel to the 2015 live-action film, Jurassic World, and will feature the first-ever meeting of characters Claire Dearing, the daring park personal assistant, and hands-on animal behaviourist Owen Grady (played by Bryce Dallas Howard and Chris Pratt respectively in the 2015 film, but voiced by Britt McKillip and Ian Hanlin in the LEGO animation).

In this tale set in 2012, we’re back on impulsive businessman Simon Masrani’s Jurassic World dinosaur theme park on Isla Nublar, just days before the park opens for the first time. Park worker Claire Dearing must take care of the logistics of transporting 3 brand-new dinosaurs – Baryonyx, Carnotaurus and Stygimoloch – from their hatching place on Isla Sorna to Isla Nublar, where they’ll become part of the top-secret new exhibit. The dinosaurs, along with 4 velociraptor eggs, will be escorted by animal behaviourist Owen Grady. It’s way, way, way easier said than done – especially when a storm hits the islands, a guest causes havoc when he hijacks one of the park’s gyrospheres for a joyride, and Simon wants Jurassic Park’s scientists, Dr. Henry Wu and Allison Miles, to create a new dinosaur to boost park attendance. In the second part of the special, Owen and Claire are transporting dinosaurs around the island when a disgruntled park worker named Danny Nedermeyer sabotages systems after sneaking into the park's control room, allowing the T-Rex to escape.

As with the previous Jurassic LLEGO dinosaur movies, this packs on the comedy and silly moments, while keeping the action adventure aspect in place for a movie that’s great fun to watch with the kids. It’s also a hoot to see the recognisable LEGO versions of the movie characters. From hang-gliding with the Pteranodon, to playing chicken with a T-Rex, it’s all the dino action you could ask for. 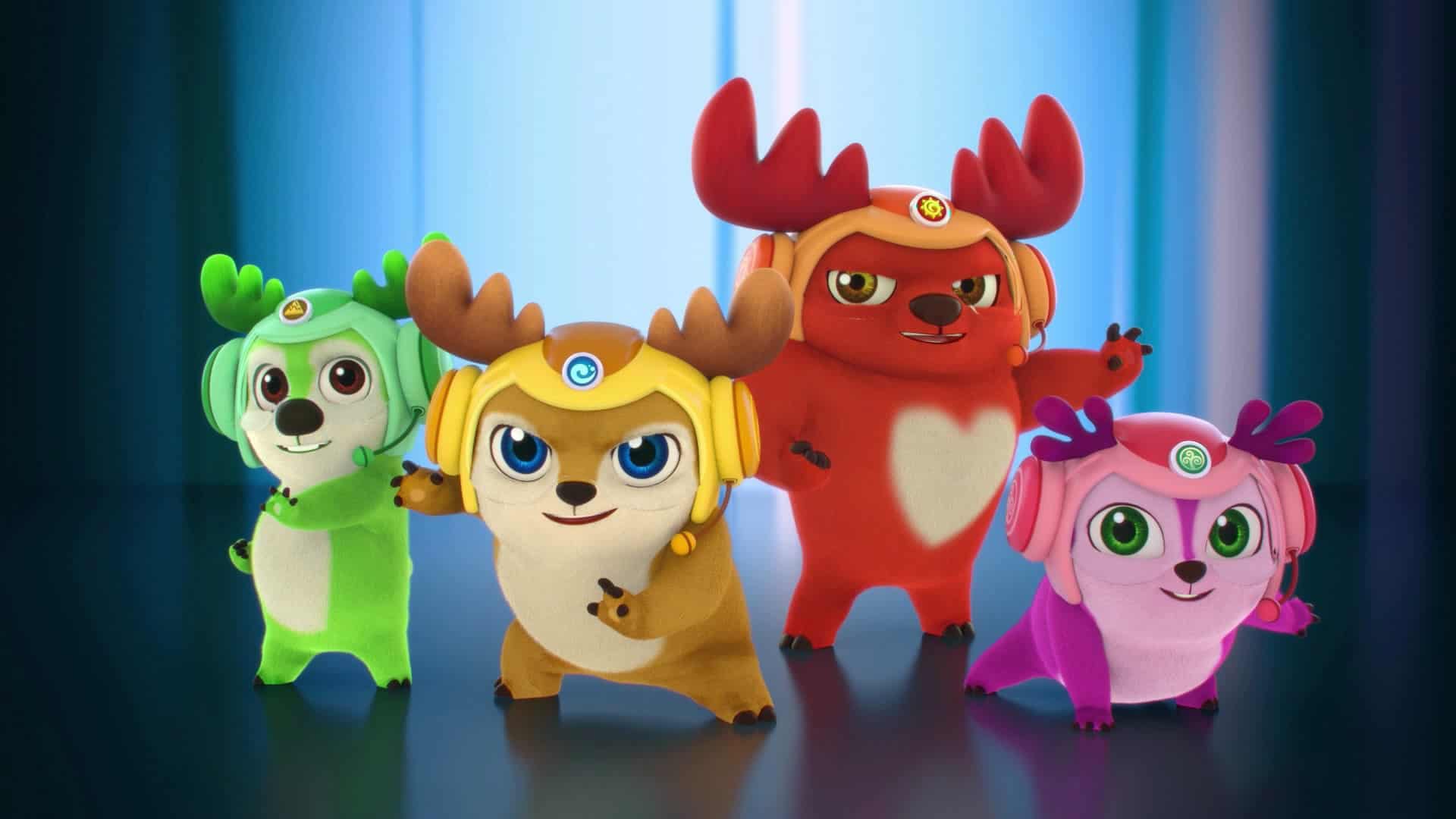 Deer friends Kai, Lola, Rammy and Bobbi band together to defend Central Forest and all the inhabitants of futuristic Platinum City, which surrounds their forest home (think Central Park and New York). Alone, they are ordinary deer, but together, they’re able to harness elemental powers – Water (Kai), Wood (Lola), Earth (Bobbi) and Sun (Rammy) – to defeat foes like giant doughnuts and ice robots, and the worst enemy of all, the dastardly Sir Steal, a villain who does things like kidnaping all the bees in the park, or allows his blimp to run amok in the city during a parade. Each of the Deer Squad has their own super-powered, all-terrain vehicle to help them on their way.

While this series is on Nickelodeon, it’s aimed at a younger, preschool audience – like Paw Patrol fans – and aims to teach life lessons on acting responsibly and staying safe with teamwork and problem solving.

Deer Squad is a co-production between China and the UK, so the storytelling will be a little different to Nick’s traditional US fare, particularly with regard to the balance between physical comedy, visual jokes and emotional storyarcs. “Figuring out how to connect the dots between what works and is relevant to the Chinese kid and what works and is relevant to the Western kid has been part of our process of how we make things for a more global audience. It’s really been a blast to try to figure that out, and there’s definitely an answer. It’s just a matter of doing it from the very early stages, with a very clearly representative team of all of these areas – it’s like the UN of production,” says Nina Hahn, Senior Vice President (SVP) of production and development at Nickelodeon International. 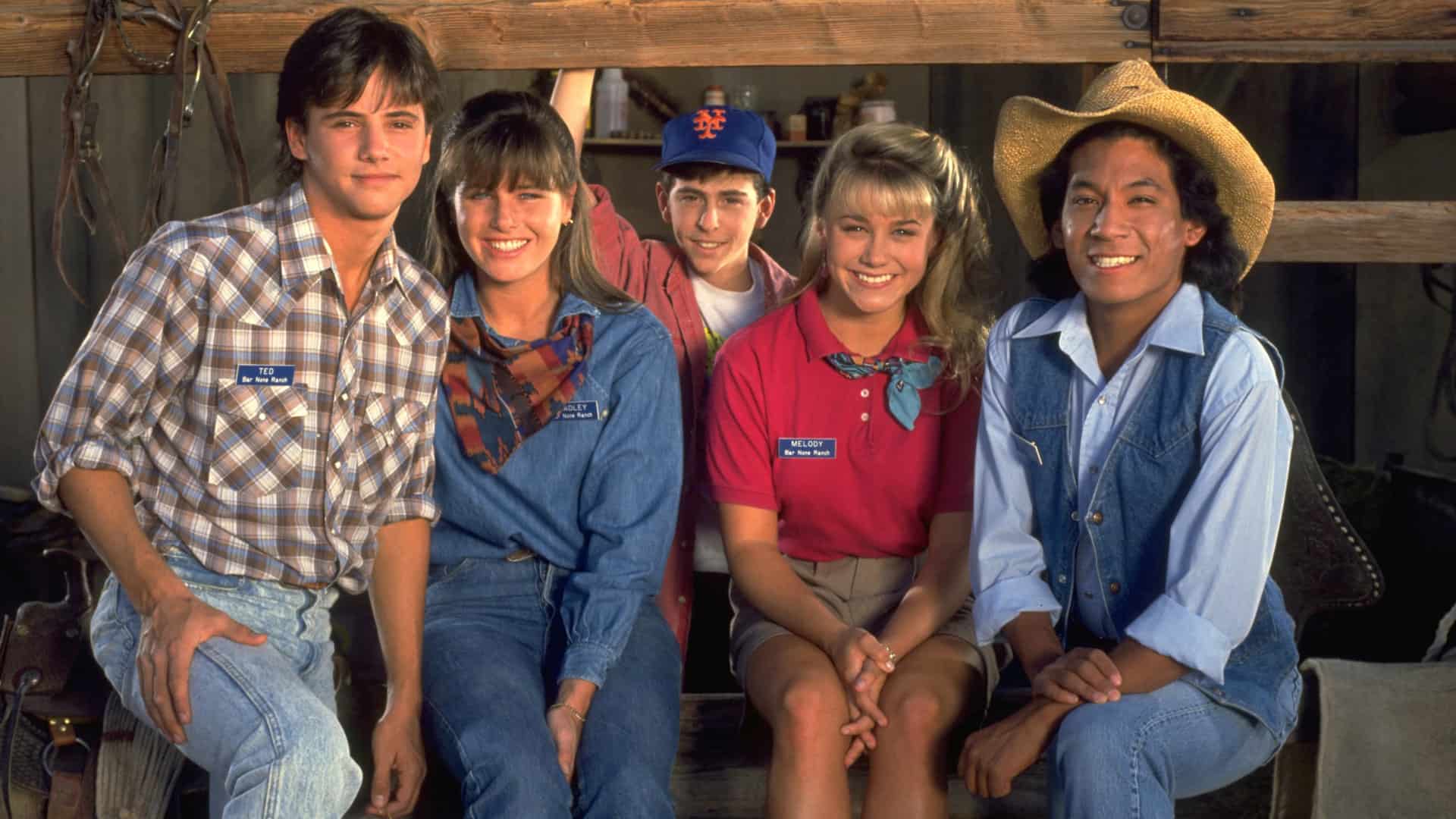 If you love vintage and all things ’90s, you’re in for a treat with the re-run of live-action, friendship-focussed Western-themed comedy Hey Dude (which originally aired over 5 seasons on Nickelodeon between 1989 and 1991, and was their first-ever live-action series).

Back then, it was a laid-back, shenanigan-packed teen adventure (aimed at 8 to 10-year-olds) series set on the Bar None “dude ranch” – a cattle ranch converted into a tourist experience – in Tucson, Arizona. It followed the lives of the ranch’s enthusiastic New York City accountant-turned-owner, Mr Ben Ernst (David Brisbin), his sceptical, accident-prone son, Buddy (Josh Tygiel), Lucy (Debra Kalman) the female ranch supervisor, and the 4 young employees who were working there for the summer.

As the series begins, the Summer staff are led by scheming sexist bad boy Ted (David Lascher) and his laidback Hopi Native American best friend, Danny (Joe Torres), sweetheart swimming instructor Melody (Christine Taylor, who went on to marry comedian Ben Stiller) and the sharp-tongued, rich girl riding instructor Brad (Kelly Brown), Ted’s nemesis and crush. And you can bet the drama built up between them faster than they could shovel it up and wheel it out.

Now it’s a time capsule of what the ’90s really looked like. It’s big, floofy, blow-dried hair, denim-on-denim, acid-wash high-waisted mom jeans for everyone – guys and girls – more eye-watering coloured shirts than a charity shop, and some bizarrely unflattering giant pleated khaki shorts. The lighting gives a telenovela feeling to the action, which is quite fun. While the series is fairly low budget, it has an authentic feel that comes from being shot on location in Arizona. And at a pinch, whenever the script hit a dead end, they could always shove Ted into the horse trough to let him cool off. Yee haw. 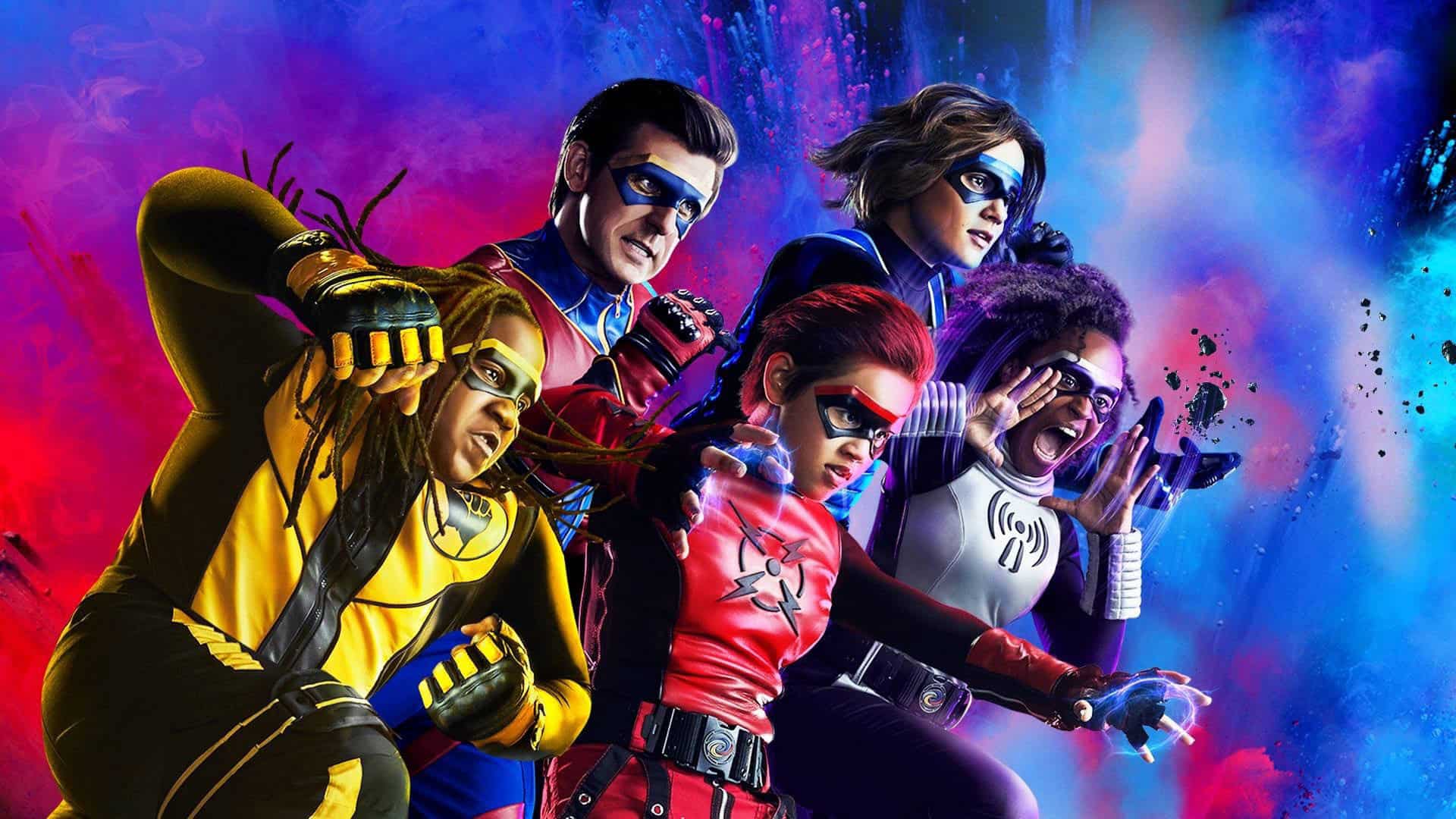 But before they can don the cape, Danger Force will have to learn to control their powers and take classes like LIE (Lying Is Everything), which is about concealing their superhero identities. And they’ll need to learn about the advantages and pitfalls of working with the media. If they don’t, their new “hero” nicknames could stick and instead of being known as Volt, AWOL, Shout-Out, and Brainstorm, they’ll never be able to shake the press-given names Spicy Milk, Oopsie Girl, Wing Wimp, and Gorgeous Hair Boy.

The learning curve is steep, and the stakes are high, because they’re not even half-way through their first mission when they release a host of superpowered supervillains from Swellview Prison, including… The Toddler (Ben Giroux)!

Meet Chapa/Volt/Spicy Milk: “Chapa is really intense and fiery, and she’s also really tough. Even though she is all those things, she’s very loyal. Chapa is a lot like me because we both are very determined, and we don’t give up,” says Havan. Chapa’s power is electro kinesis, so think of her as a short-tempered human stun gun with a mama bear complex. But when Chapa is in a fabulous mood or swayed by a crush, her powers go on the fritz.

Meet Miles/AWOL/The Wing Wimp: “We have things in common such as believing that the universe is controlling our destiny, we are both laidback, and very proud of who we are,” says Terrence. Miles is Mika’s brother, and his superpower is teleportation – really handy for getting those villains back behind bars once Danger Force has them cornered. Miles is the calm in the eye of the storm, but he fears butterflies.

Meet Mika/Shout-Out/Oopsie-Girl: “She is smart, independent and a natural-born leader. Mika and I are both fast-talking and determined people,” says Dana. Mika is Miles’s sister, and her superpower is a sonic scream that can fling a bad guy across the room. She’s also the one most likely to take charge of a group project, and do all her homework without moaning about it. Real superpowers.

Meet Bose/Brainstorm/Gorgeous Hair Boy: “Bose and I both like to be around people. I also believe that we’re similar because we are both very energetic,” says Luca. Bose comes from a political family in Swellview, and his superpower is telekinesis, which is the best power if you’re lazy. His superhero name, Brainstorm, is ironic. Bose isn’t the smartest.

How to watch Nickelodeon online

Sign up for DStv Now, a free service for all DStv subscribers. With DStv Now the same channels you watch on your decoder at home are available for you to stream online, or using the DStv Now app on your phone.