Watch Tell Me Your Secrets Season 1 on DStv

Unravelling the mystery in Tell Me Your Secret Season 1 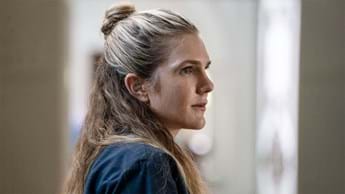 What makes Universal TV’s (DStv Channel 117) psychological thriller series Tell Me Your Secrets gripping is that it’s filled with plot twists. Just when you think you have the characters and their motives figured out, there’s a new revelation that throws you for a tailspin, which makes the show an entertaining watch.

At the centre of Tell Me Your Secrets is a young woman named Theresa’s (Stella Baker) murder case, waiting to be solved – and the 3 characters connected to the crime, 1 of whom is Theresa’s grief-stricken mother, Mary (Amy Brenneman), who refuses to believe that her daughter is dead. So she goes against her loved ones and searches for Theresa’s whereabouts.

There’s also Karen (Lily Rabe), an ex-convict who now goes by the name Emma and she’s reported to have lost her memory following her prison release. The underlying mystery throughout the show is that Emma might be hiding details about Theresa’s disappearance.

Lastly, there’s the convict- John (Hamish Linklater), who offers to help find Theresa. “I was hooked to the show by the murky and morally complex characters,” says Lily, before adding, “In the beginning, you don’t really know who’s a villain or a hero. As a viewer, I love watching shows like these, where everything is in the grey.” We find out more about the psychological thriller show.

Emma is hiding in plain sight

When Tell Me You Secrets starts, Emma is released from prison after she took the fall for her serial killer boyfriend, Kit Parker (Xavier Samuel), years before. With a new identity, Emma is placed in a small town in Louisiana. She’s instructed to keep a low profile and she’s looking to start afresh, but her past returns to haunt her as Mary seeks answers. Because she’s lost her memory, Emma isn’t of much assistance.

She tells Mary that she has never met Theresa, but in a flashback it’s soon revealed that Emma is lying. So what is Emma hiding? As Lily explains, a lot. “It’s not just that Emma can’t remember. It’s that, because of the betrayal that has happened to her, her sense of reality and what is true has been destroyed. Even when she does remember certain things, she doesn’t trust herself to remember them,” explains Lily about Emma’s so-called amnesia. “There’s nothing more painful than to not be able to trust your own judgement of something because it’s so shattered.”

Through flashbacks, viewers learn more about Emma’s – or rather, Karen’s – backstory that she hides from the world. “I don’t want to give too much away but it was so wonderful playing both women. Karen is someone who had such a wide-open heart. Then, because of what she’s been through, she becomes someone who’s afraid of absolutely everyone and she feels as though she will never feel another moment of safety again in her life,” adds Lily.

Considering that Hamish and Lily are real-life partners, it was exciting when the couple learnt that they were going to act in the same show. But that isn’t the reason Hamish accepted his role as John. “There were a lot of elements that drew me to Tell Me Your Secrets. As it turned out, Lily was doing it, I appreciate the opportunity to work with her, but it started with the writing and the character,” explains the actor, adding that he hasn’t played an unpredictable character like John. “I didn’t know where his storyline was going to go, or if I’d be able to do it well, so it seemed like a worthwhile journey to go on.”

Lily reveals that she considered turning the role to play Emma down after she and Hamish welcomed their daughter in August 2020, but she fell in love with the story. “The script hit a very sweet spot for me as a reader. But listen: I had just had a baby – a newborn – and I wasn’t incredibly eager to leave home. I knew the shoot would be a painful and deep and completely consuming experience,” explains Lily.

After her meeting with series creator Harriet Warner, Lily was certain that she wanted to be part of the series. “I sat down with Harriet, and it was 5,10 minutes in, she got up from the table to do something, and I was texting Hamish under the table, saying, ‘Oh, no, I’m going to have to do this job.’ It was just so many expletives! I found Harriet sensibility so unique, and I wanted to dive into the waters of it. It felt frustratingly like something I knew I couldn't walk away from,” adds the actress.

Universal TV (DStv Channel 117) is available on DStv Premium, Compact Plus and Compact. To upgrade your existing package, click here. Or if you'd like to Get DStv, find a service that suits your needs here.