Fresh series like Yo! MTV-Raps Uncapped, MTV Shuga: What Makes A Man, and Confessions: Animal Hoarding on DStv Access this January 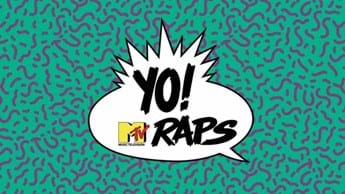 DStv Access is your ticket to fresh culture, local flavour and international spice this January.

Get talking in 2022 with shocking reality series like 90 Day Fiancé: Before The 90 Days Season 5, Confessions: Animal Hoarding Season 1, I Blew It Season 4, and My 600 Lb Life Season 9B. And there are loads more medical reality series to enjoy, like a new season of Bad Skin Clinic.

South African youth culture steps onto the stage with new series on MTV Base (DStv channel 322) including Newsish with theMTV BASE Culture Squad, Yo! MTV-Raps Uncapped Season 1 with host Tshego Koke, a musical new season of MTV Base Roundtable, and Ayanda Makayi’s documentary, MTV Shuga: What Makes A Man, which explores concepts of masculinity across South Africa.

All this and so much more when you stay connected to DStv Access in 2022!

Life coach, author, radio host and businesswoman Lungi Magwaza hosts this show, which aims to settle family feuds between siblings. It’s intervention time as families (whether blood relations or chosen family) call on Lungi to help them to fairly negotiate matters that are tearing their family apart.

Ride along with police patrolling the roads of Auckland, New Zealand. Starting the season, police help a driver who’s having a panic attack, a biker with a bulletproof vest seems to think he’s invincible, a 12-year-old driver gets caught out and an officer rescues a kitten on the motorway.

I Blew It Season 4

South Africans who’ve come into money but lost it all talk about the financial wrong turns they took. We meet a man who became a multimillionaire, twice, but lost it all; a musician who performed on Broadway but lost their millions, and a boxing champion whose poor choices and divorce sent him to the mat.

Mzwandile Ngubeni steps in as the new host helping people who believe that they’ve lost the love of their life to get that love back. After the romancer reveals where the relationship went wrong, the series sets the scene for reconciliation and the lost love tells their truth.

13 people who each weigh over 600lb (272kg) struggle to take control of their disordered eating and its underpinning psychological causes. If they can adopt and maintain healthy new habits they can undergo life-saving gastric bypass surgery thanks to Dr. Younan Nowzaradan (Dr. Now).

Bariatric surgeon Dr. Procter treats morbidly obese patients who’re trying to lose weight to qualify for life-changing surgery. Meghan and her best friend, Vannessa, battle with a poverty diet, Corey is a young gay man who wound up living on the streets, and a car accident wrecked Jennifer’s life.

Dermatologist Dr. Emma Craythorne diagnoses and treats patients from around the United Kingdom who have extreme skin conditions. This season, Emma treats Rae, who has a growth just above his bottom, and Alan, who has a huge lump thanks to a camel bite.

Holistic health experts and professionals join series host Michael Porter to discuss everyday health conditions and how they can be treated via the mind and body together, with medicine, diet, exercise, and lifestyle choices. Each episode of Real Health aims to inspire, transform and enlighten.

Festive Get Together Season 2

Idols SA judge Unathi Nkayi and chef-restaurateur Alessandro Khojane host a dazzling dinner party for their friends, including Minnie Dlamini & Melanie Bala; supercouple Kuli Chana and Lamiez Holworthy, foodie friends Maps Maponyane and J.Something. They’ll talk about what a crazy year it’s been, while trying menus that have a personal touch for everyone.

Watch Festive Get Together Season 2 from Saturday, 1 January on Mzansi Wethu (DStv channel 163) at 17:00

The MTV BASE Culture Squad is keeping you locked as they scour the socials and the grapevine for news on the latest, craziest stories in South Africa, and news of the hottest upcoming events. Each episode is 5 minutes of fabulousness.

Tshego Koke hosts the revival of the ultimate hip-hop show. He will dive deep into what’s happening in the game, interview the voices within it and provide a stage for the talent to shine. Expect sizzling music videos, and hot guest stars giving exclusive interviews.

The MTV Base Roundtable returns for a final look back on 2021. Join some of the leading voices in entertainment and music as they discuss the year that was, and look at the biggest moments and highlights made by artists.

This documentary captures Ayanda Makayi’s cross country road trip, which he took to explore what it means to be a man in South Africa today, compared to the past, and what being a man might look like in the future.

Ten aspiring designers step into the world of commercial interior design, as they compete to win a design contract at a top London hotel. Former Editor in Chief of ELLE Decoration magazine, Michelle Ogundehin, judges how they redesign spaces, from hotels to hair salons.

Architect George Clarke helps homeowners to make their Georgian, Victorian and Art Deco more liveable for modern life, without destroying the house’s spirit. See how he tackles a fake Tudor ceiling, a dead chimney, and an Edwardian Workers Cottage that’s half the size of a squash court.

Property expert Sarah Beeny, her husband and their 4 sons, move out of the city for a fresh start in the countryside. See how they turn a tumbled down former dairy farm into a modern stately home. Now if they can just get planning permission…

Watch Sarah Beeny's New Life In The Country Season 1 from Wednesday, 26 January on The Home Channel (DStv channel 176) at 17:00

The Blaber family are building their dream home on the rugged Mornington Peninsula coastline, with visions of turning a 1960s beach shack into a pricey home. They have no building experience, but along the way, they’ll interview experts from builders to interior designers, to choose the best course of action.

All About Property Season 7

You’ve seen all the international property shows, now find out how it works in SA. Host Cornelius Koopman and his team of experts give us a factual look at the South African property market, from buying and selling, renting and maintenance, to finance, legalities, disputes and technology.

Psychologists, animal welfare experts, veterinarians, friends and families step in to help people who’ve taken to hoarding animals, and the animals affected and harmed by this mental disorder. Get to grips with the fear of loss underlying this form of compulsive caregiving.

Dr. Michelle Oakley is the only all-species vet for hundreds of miles in the Yukon. Whether she's wrestling bison, tracking ibex in the mountains, performing surgery on a wolverine or braving rugged landscapes to set rehabilitated moose calves loose in the wild, it’s all in a day’s work.

The Search For Frida Season 1

The high-class Pons family is shattered when their 16-year-old daughter, Frida, disappears on the night of her father’s birthday. Multimillionaire engineer Abelardo Pons and his wife Marcela Bribiesca seemed to be living perfect lives, but Lisa’s vanishing exposes their secrets, lies, resentments.