The best reality, documentaries & lifestyle on DStv Compact in January 2022 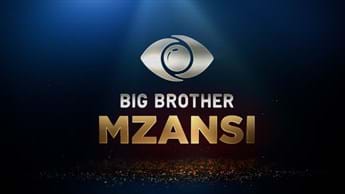 DStv Compact is watching you this January, because it’s the start of Big Brother Mzansi season. Fire up that #BBMzansi tag, flex your fingers and get ready for action on Sunday, 23 January.

And that’s not all, because DStv Compact has it all…Keep reading to see what’s to come!

Keen for more including news of the brand-new seasons of The Republic and Mzali Wami? Here are the must-watch drama series & movies coming to DStv Compact this January.

After seven years, Big Brother Mzansi is back to keep you company for the first quarter of 2022. South Africans move into the new Big Brother House together as housemates. They’ll live, love and squabble together under Big Brother’s watchful eye, while taking on challenges in exchange for privileges and supplies. Look out for the Big Big Brother episodes every Sunday on Mzansi Magic, from the Launch, to the Eviction Episodes and the Finale. Highlights episodes air on Saturdays at 21:30, and you can watch the daily show Tuesdays-Fridays at 21:30.

Australian serial killer Ivan Milat was jailed for life in 1996 for the murder of seven backpackers, whose corpses he hid in the Belanglo State Forest. Now a top criminal investigative team, including Criminal psychologist Tim Watson-Munro and Forensic Anthropologist and Criminologist Dr Xanthe Mallett, are searching for his hidden victims.

Journalist Dermot Murnaghan explores British murder stories, interviewing those closest to the case, including family members of the victims and investigating officers. Cases include that of a Nottingham man who murdered homeless women with the goal of becoming a notorious serial killer.

Explore 10 real-life cases and follow the investigation step by step, from the moment the crime is uncovered, to the slamming of the cell door. Crime specialists including detectives, forensics oﬃcers, medical examiners, cyber security experts, entomologists and prosecutors tell their sides of the story.

British seaside towns welcome floods of strangers every holiday season, but they bring death with them. This season’s cases include the Christmas murders by Jason Mitchell and Philip Manning, a killer who targeted vicars, and two bank robbers whose relationship turned deadly thanks to greed.

Filmmaker Christina Fontana dedicates this documentary series to the hunt for 21-year-old Christina Whittaker, who went missing in Hannibal, Missouri. Her investigation, using 400 hours of material from field investigations and video diaries shot over the course of 11 years, uncovers plenty of dark secrets.

Court cameras capture moments when the accused, defendant or the courtroom went loco, like when a grieving mother launched herself at Tevin Biles-Thomas, and when exotic zoo owner Tim Stark raged at the volunteers who exposed his abuse. With commentary from experts including judges, defence attorneys, prosecutors and criminal psychologists.

Murder In The Heartland Season 4

Shocking crimes cause an uproar in Middle-American towns. This season begins in Emmet, Idaho, where Douglas Everett Anderson, a man known for his work helping a hospice and children in need, beat 78-year-old local saddle maker DL Carpenter to death after Carpenter uncovered his fraud.

True-crime cases with a twist. When Mark and Martin Stephens’ mother was murdered, 1 brother was guilty but neighbours attacked the other brother. Twins Ruslan and Roman Glukhoy’s joy ride in a stolen car ended in tragedy, and adopted twins Peter and Michael Versluys left a sexworker for dead.

The Ranakas return with glamour and drama. While Dineo takes more of a back seat this season, Ntate Ranaka continues his search for his sister, shrewd Mama Ranaka helps the family’s business to pivot during COVID times, and Manaka gets into her farming journey.

Meet the charismatic women standing by their men as he leads the church. Behind the scenes they live their own lives, have their own beliefs and run businesses, homes and careers. And while they don’t always see eye-to-eye with other pastors' wives, it’s a sisterhood.

Real Housewives of Durban star Nonkanyiso “LaConco” Conco helps people who are in long-term relationships and marriages tell their partner about a child that they have for the first time, whether it’s a long-held secret, or a truth that they have only just discovered.

Mnakwethu Happily Ever After? Season 2

More first-person follow-up stories from the men counselled by polygamist Musa Mseleku of Uthando Nes'thembu on the topic of bringing another women into their marriages. Expect things to get spicy as the cameras follow the men home and we see what happened with KZN’s Langa family.

Watch Mnakwethu Happily Ever After? Season 2 from Wednesday, 5 January on Mzansi Magic (DStv channel 161) at 20:00

I Blew It Season 4

South Africans who’ve come into money suddenly but wound up flat broke soon after the windfall talk about the financial wrong turns they took and the things that they wish they could have done differently, while their families weigh in on what they saw happening.

Reality. Mother- and daughter-in-law pairs move into a house together where they will undergo a bootcamp. Mental health professionals will help them air their grievances in a productive way, then put them through a series of exercises and challenges to bring them to a place of understanding.

Five new farmers search for their one true love as they meet with eight women. Once each farmer has picked a favourite, he’ll take her back to visit his farm, where she’ll be able to try out the lifestyle to see if it (and he) matches her dreams.

Celeb Ex In The City Season 1

12 sadly single celebrities are brought to London for a blind date, but 1 of their exes is going to crash the party. The celebs include Calum Best, Megan Barton-Hanson, Michael Griffiths, Amy Hart, Gatsby and Charlie from TOWIE, Malique Thompson-Dwyer and Aisleyne Horgan-Wallace.

Sandi Toksvig hosts this season on topics that start with the letter S, from Sick (which compares the Great Plague of 1665 to the lockdown era of 2020), to Secrets, Spies & Sleuths, Sideshows and Scavenger Hunts, Sugar and Spice, Sensational, Spooky and Season’s Greetings.

Who Wants To Be A Millionaire? With Jeremy Clarkson Season 2

Quiz show. Contestants have 15 trivia questions to answers on their way to a huge cash prize. This season, Faster Finger First is back, and there’s a brand-new lifeline: Ask The Host. Honestly, would you dare?

Watch Who Wants To Be A Millionaire? With Jeremy Clarkson Season 2 from Wednesday, 19 January on BBC Brit (DStv channel 120) at 20:00

Live At The Apollo Season 16

Keep an eye out for South African comedian Loyiso Gola in 1 of this season’s episodes, on the UK’s biggest stand-up comedy stage, and find out what he thinks of urban foxes. Sophie Duker and Chris McCausland also treat the crowd to their freshest sets.

This countdown show highlights Africa’s coolest of everything and anything, from the messiest break-ups to the most memorable social media moments, to the must-see holiday destination in Africa and even Africa’s biggest creative exports. It’s a crash course in culture across the continent!

Hot in the Kitchen

Bake Off: The Professionals Season 4

Watch Bake Off: The Professionals Season 4 from Monday, 31 January on BBC Lifestyle (DStv channel 174) at 20:00

Battle of The Brothers Season 1

Chefs, restaurateurs and sibling rivals Bryan and Michael Voltaggio mentor America's next great chefs in this team competition. The brothers coach their teams to impress each episode’s guest chef, before they square off while creating competing dishes. The final chef wins a job as guest-chef of a Voltaggio restaurant.

Watch Battle of The Brothers Season 1 from Sunday, 9 January on The Food Network (DStv channel 175) at 19:00

10 bakers compete to make elevated versions of 16 states’ signature desserts, like Smith Island Cake, Shoofly Pie and, in 1 case, just “gelatin”, in this series hosted by Carla Hall. Challenges include daring new dishes, too, including Kentucky's May Day Pie-Caken with bourbon.

Robert Irvine hosts this competition in which chefs go on virtual journeys to iconic food destinations, after which they must prepare classic dishes to impress judge chef Daniela Soto-Innes and an expert in that location's cuisine. Only 1 chef will be versatile enough to conquer The Globe.

Gordon Ramsay and his mates, Gino and Fred, are visiting Greece to explore the history and culture. They’ll go island hopping aboard a catamaran, race on jet skis and dive shipwreck diving, as well as taking excursions to Greek party island Mykonos and capital city Athens

In each episode of this reality series hosted by Hlonela Mrwetyana and Thato Rampedi, with judge Chef Zanele Van Zyl, two teams of three kids are given a theme and must cook one dish as a team, in three relay rounds, without any communication between team members.

In each episode of this cooking competition hosted by Kenya’s Betty Kyallo, a man’s wife and his mother must both cook his favourite meal. He will taste their dishes blindfolded and choose his favourite. The woman who has whipped up the best dish, wins.

Looking for some good news and happy tears? Ordinary South Africans who’ve lifted up their communities are in for a special treat as their friends and neighbours nominate them for a free home makeover to celebrate their spirit of ubuntu. With host TT Mbha.

Host Allison Holker Boss and judges Jonathan Adler and Lauren Makk put 8 designer/renovators to the test at their special Design Hub, a custom location where they’ll face challenges with a cash prize and their very own design show awaiting the winner.

Kevin McCloud helps home builders. 1 couple want to build a house on a cliff in Scotland but their budget is crumbling, a former Paralympic swimmer wants his new home to be wheelchair-friendly, and an entrepreneur has grand ambitions for his huge plot in Lincolnshire.

One Week To Sell Season 1

Interior designer Taylor Spellman meets people who’re having trouble selling their homes at the price they want. She’ll identify potential problem areas that are turning buyers off, come up with design solutions, and get that house snapped up in just a few days.

Cherry Healey and her team of experts aim to take 10 years off people's ages, as they make people over while teaching us 10 tips and quick tricks used by the best in the fashion and beauty industry, from clothes and colour, to hair and make-up.