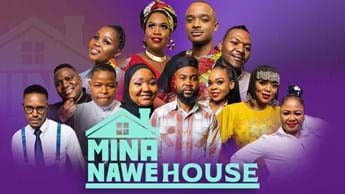 Local shows bring familiarity and family to the start of your festive viewing when you Choose Joy with DStv this December.

Tune in for the brand new Mina Nawe House Season 2, Saturdays on Moja Love (DStv channel 157). A new batch of couples will move into one house and test their relationships to see if they still want to be together or call it quits. Pearl Thusi is on Talk With Toke, and there’s a brand-new season of Mamazala, too.

And telenovela drama and scandal are also on the local menu with fresh episodes of The River and Gomora. Tune in for a funeral, celebrations and scandals.

Social worker Basani Chauke joins motivational speaker Siyabonga Mkhize on the Mina Nawe House team as they work together to try to save couples who’ve moved into the house together for 11 days to undergo a “relationship restart”, during which they’ll take part in exercises to see whether their marriages/relationships are even worth saving.

In a new episode of this tell-all talk show hosted by Nigerian media personality Toke Makinwa, who chats to influential people across Africa, well-known actress Pearl Thusi is in the interview seat, and Pearl discusses her career, life and ambitions.

Dingaan Khumalo plays negotiator to promote love, two-way respect and healthy communication between in-laws within families who’re going through difficult times or facing issues with money, children and abuse. While each episode causes a flurry of excitement on Twitter, it’s also a powerful learning tool for building healthier relationships and expectations.

In new episodes of this thrilling local telenovela, Cobra starts to feel like he has everything under control, but did he speak too soon? And the Dikanas celebrate a joyous occasion, while the community of Refilwe fights to be heard.

MaZet struggles to deal with being in a wheelchair in new episodes of this local telenovela. Zodwa, Teddy and Sibongile prepare for a burial, and Sbonga insists that Tshiamo must not help MaZet.