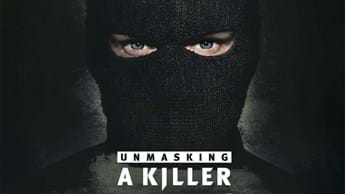 Choosing Joy with DStv this festive season means being able to pick exactly the kind of special treats you love best. And if you’re addicted to gripping stories, thrilling mystery, and the science of how real crimes are solved, DStv has some festive crackers filled with authentic cases for you to pull

Must-watch show Unmasking A Killer profiles the terrifying real-life story of the Golden State Killer – a man responsible for a staggering 51 attacks and 12 murders in California. The series takes an in-depth look at the manhunt, patterns, escape methods and mind games of the Golden State Killer, raising a key to catching the criminal – potentially linking him to another series of unsolved crimes. Interviews with investigators, law enforcement and victims, who have never spoken out publicly, offer information to help solve the mystery of a man who has managed to fly successfully under the radar for decades.

Also coming up this December...Bloodline Detectives unpacks how familial DNA analysis is breaking open cold cases and bringing killers to justice.  And despite a trial and conviction, there are still several baffling mysteries to unpick in Murder In The Outback.

For more fascinating insights into how and why people commit crimes and how they’re caught, stay connected to DStv this December to get your share of well-researched, intriguing True Crime series.

This five-part documentary series puts the Golden State Killer case under the microscope. In the 40 years that he operated, he committed 12 murders in 51 attacks in California until he was finally captured in 2018, tried and convicted. Find out about his patterns, mind games, Familial DNA testing and escape methods as survivors and investigators speak out.

Murder In The Outback: The Falconio and Lees Mystery Season 1

Watch Murder In The Outback: The Falconio and Lees Mystery from Sunday, 5 December on CBS Justice (DStv channel 170) at 20:00

Cold cases are being solved around the world now, not just thanks to DNA profiling, but by the new development in Familial DNA testing which allows detectives to find reliable leads in cases using DNA from surviving loved ones, or even the suspected perpetrator’s family (as happened in the Golden State Killer’s case). Now watch the science in action!

CBS Justice (DStv channel 170) is available exclusively on DStv Premium and Compact Plus. To upgrade your existing package, click here. Or if you'd like to Get DStv, find a service that suits your needs here.