The Osbournes Want To Believe, Wok vs. Pot, and Hot Mess House coming to DStv this week 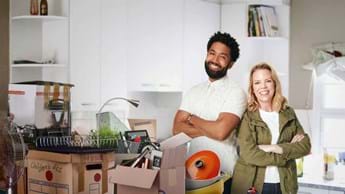 See inside other lives and feel at home with reality series coming to DStv this week.

In the second season of The Osbournes Want To Believe, Jack has brand-new mysteries and supernatural footage to show to Sharon and Ozzy Osbourne.

We’re welcomed into a cosy but competitive kitchen as two chefs prepare Italian and Asian versions of similar dishes in Wok vs. Pot. And then people who desperately need a home redesign to create more space get the help they need in Hot Mess House.

The Osbournes Want To Believe Season 2

Jack has more crazy paranormal footage to show his mom, Sharon, and dad, Ozzy, in an effort to convince them to believe in the supernatural. Jack tries to prove that cats can see ghosts, he exposes Canada’s version of the Loch Ness Monster, and the Osbournes discuss Moon Landing conspiracy theories.

Watch The Osbournes Want To Believe Season 2 from Monday, 29 November on Travel Channel (DStv channel 179) at 21:10

Organising expert Cas Aarssen helps overwhelmed clients with their messy spaces. After identifying their distinct organising style, she uses video calls and online conferencing to guide them through the process of bringing flow back to their homes.

Hosts Silvia Colloca and Marion Grasby swap ideas, inspiration and cultures as they cook side-by-side in the kitchen. In each episode, Silvia dishes out her Italian classics while Marion re-creates her Asian and Thai favourites. The 2 also discuss family recipes for weekday dinners and desserts.