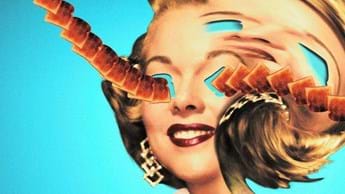 DStv has the hottest, most anticipated international shows starting this week… along with a big surprise or 2.

Showmax is spoiling viewers with a whopping 4 new international series coming to its platform in the first week of December: The buzzed-about Gossip Girl XOXO reboot, British drama Little Birds, Season 3 of medical drama New Amsterdam, and vampire mockumentary magic in What We Do In The Shadows Season 3.

Hot shows from all over

If you and your friends have ever muted a movie and provided your own silly soundtrack, you get the idea behind this anthology comedy show in which brand-new 30-minute stories are made out of footage from classic films. With the voices of Fred Armisen, Nicole Byer, Jake Johnson, Nick Offerman and more.

In the final season of this crime drama, Carrie uses her memory skills to help the NYPD’s Major Crimes Unit to catch their Most Wanted criminals. Carrie’s ex-husband, Eddie, lends a hand to help track a pair of drug couriers, and Carrie and Al escort Rosie (Rachel Dratch), an eccentric star witness, to a trial in Florida.

In this reboot of the scandalous drama series, a new generation of New York private school teens goes through life using social media to spread gossip and create chaos. There are 12 episodes in total, and episodes 11 & 12 will be released on 10 December – express from the US. With Emily Alyn Lind, Zion Moreno and Thomas Doherty.

The medical drama returns amidst the COVID-19 pandemic and the staff must act quickly to save who they can, including multiple victims of a plane crash. Doctor Kapoor is hanging in the balance, and no one knows if he is going to make it. With Ryan Eggold, Freema Agyeman, Janet Montgomery and Jocko Sims.

What We Do In The Shadows Season 3

This season, the vampires are elevated to a new level on the Vampiric Council, and they will encounter the vampire from which all vampires have descended. Meanwhile, Guillermo grows into his vampire killing powers, which creates a bit of a dilemma in the house. Plus, Colin Robinson is turning 100. With guests Lauren Collins, Tyler Alvarez and Aida Turturro.

Watch What We Do In The Shadows Season 3 from Wednesday, 1 December on Showmax