Set a reminder for these chilling thriller and mystery series

It’s a month of must-watch new and returning thriller series on DStv. Get and stay connected to DStv to watch them all. 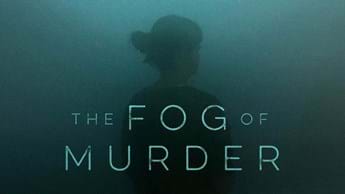 If you’re looking for more reason to keep the lights on at night, DStv’s year-end line-up of chilling series is filled with eerie unsolved mysteries and shocking crimes.

The most chilling fact of all? All these shows are based on things that happened to real people, as we’ll see in Lifetime’s (DStv channel 131) November Ripped From The Headlines movies, including a story inspired by what happened to Jennifer Dulos.

From graves under the waves in Atlantis and the deep ocean, to paranormal encounters with the Osbourne family, you’ll find that show that raises the hair on the back of your neck. And if you want someone to hold your hand along the way, DStv’s experts like Laurence Fishburne, Anita Rani and “Volcano” Jess Phoenix will be your voice of reason. Plus, these shows are filled with brave detectives out to hunt down the truth, stop killers, and give the dead a voice.

Bundle up, hug your loved ones and let’s peer beyond the veil…

A Wedding and A Murder Season 1

You’ve been invited to the happy couple’s wedding, but please pack a black outfit, because a funeral is coming soon. A feud over a family wedding ring ties in to a double murder, the vows at a Las Vegas wedding trigger a murder plot that takes 10 years to unravel, and more.

Watch A Wedding and A Murder Watch CBS Justice

A Lie To Die For Season 1

Ripped From The Headlines movie inspired by the true story of Jennifer Dulos, a mother of five who vanished one day after dropping the children at school. While her husband, Fotis, claimed that she’d staged her own disappearance, questions went unanswered after he committed suicide and her body was never found.

The Fog of Murder Season 1

This true-crime series unfolds its cases slowly, building piece by piece until everything becomes clear, with witness interviews, eerie recreations of the events, and videos, recordings and photos from the police files. Cases include a dying man’s 911 call that could expose a killer’s identity, and a stabbing at a mattress shop.

Watch The Fog of Murder Watch ID Set a reminder

True-crime series. Single mom Andrea Knabel and her friends were known for their efforts in the volunteer group Missing In America. But when Andrea herself vanishes, the questions start piling up – has a predator been covering their tracks in the Missing group, and did Andrea get too close to the truth?

Teams of private investigators (PIs) from 4 female-led PI firms tackle the cases the cops won't touch. One investigator must navigate new revelations about her client, who was supposedly involved in a shooting, and the standard of the police work comes under question when an investigator takes evidence to a forensics lab.

Explore some of Britain’s darkest murder locations. This season, host Anita Rani visits Milton Keynes, Wakefield, Wigan, Wishaw, Southampton, Oxford, Lichfield, Leicester, Bath and Whitby on the trail of cases like the murders of Rachel Manning, Wendy Speakes, Zoe Nelson and Louise Sellers. Find out how their killers were eventually found and tried.

This series recreates the final moments of ships and those onboard, while personal testimony fills out the human side of these tragedies. The documentary also explores submarine accidents including three different German U-Boat wrecks like UC-66, the first U-Boat to be sunk by a plane.

Fantasy novelist Stel Pavlou teams up with geologist, explorer and environmental scientist, “Volcano” Jess Phoenix to explore locations around the world that are rumoured to be the location of Atlantis. They start their hunt in Bulgaria, where evidence of an ancient catastrophe points to a lost city beneath the Black Sea.

The Osbournes Want To Believe Season 2

Jack has more crazy paranormal footage to show his mom, Sharon, and dad, Ozzy, in an effort to convince them to believe in the supernatural. Jack tries to prove that cats can see ghosts, and exposes Canada’s version of the Loch Ness Monster, and the Osbournes discuss Moon Landing conspiracy theories.