Dexter: New Blood, Survivor Australia: All Stars, My Life Is Murder and more new international shows in DStv this week 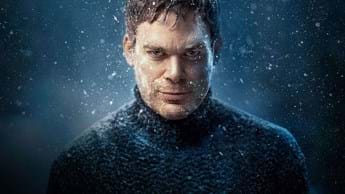 Are you ready for TV to get deadly? Chills, thrills and kills await this week in DStv’s new international series.

Survivor Australia: All Stars will keep you in that backstabbing mood all week long as it airs Mondays to Fridays on M-Net (DStv channel 101), and then TV’s most famous serial killer Dexter is back in the mini-series Dexter: New Blood. Will Dexter be able to keep his murderous alter ego in check? And Lucy Lawless returns in a brand-new season of stylish crime drama series My Life Is Murder.

Looking for something a little less murderous? Drama series All American is back too, with a message of hope as Spencer starts preparing for college.

In Australia’s first-ever All Stars season, 24 returning contestants compete to find the best of the best. Look out for several upsets this season, including a family emergency that sends one Survivor home, and a surprise host at the reunion who had to step in because of Jonathan LaPaglia’s COVID travel issues.

The serial killer who hunts serial killers returns in this 10-episode mini-series. Forensic technician Dexter Morgan (Michael C Hall) has a new fake name, and a new rural small-town life in a New York state where he works at a hunting and fishing shop while raising his son, Harrison. While his “Dark Passenger” is under control, new events will test his grip.

My Life Is Murder S2

High school football star Spencer James enters an uncomfortable world of privilege at his new Beverly Hill school. This season Spencer starts senior year and steps up preparing for college. We also find out what happened after Coop’s shooting, how Spencer and Olivia are doing as a couple, and who won last season’s championship game.