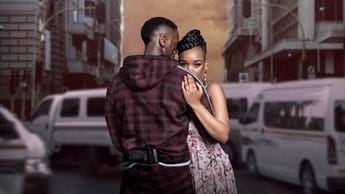 DStv loves to invest in local productions and this week they unveil one of their biggest projects: the new original local telenovela The Wife. The first three episodes of this intriguing, scandalous, action-packed story will drop on the online streaming platform Showmax on Thursday, 11 November.

Moja Love (DStv channel 157) launches a brand-new series called Lenyalo Lethata in which couples in crisis seek help, and there is a new season of the hilarious blind date series Single And Mingle.

Local Afrikaans made-for-TV film Banana Airways takes us on a side-splitting Sunday adventure with a little serving of nostalgia. And inspiring doccie Rachel’s Angels: Inspirasiestories shows how one person’s idea can rally a whole community to do better.

In this original local telenovela, rising star Mbalenhle Mavimbela plays Hlomu, a journalist who falls in love with a taxi driver, not realising that when you marry a man, you also marry his secrets. Based on Dudu Busani-Dube’s novels Hlomu the Wife (2015), Zandile the Resolute (2015), and Naledi His Love (2015), which centre on the lives of eight brothers from a crime family, as seen through their wives’ eyes. Also starring Bonko Khoza, Kwenzo Ngcobo, Sipho Ndlovu, Thulane Shange, and Zikhona Sodlaka. Every Thursday three new episodes will be loaded onto the platform.

Watch from Thursday, 11 November on Showmax

Watch The Wife Add Showmax to your bill

Teacher and motivator Ntate Thuso Motaung (Mr Lesedi FM himself) takes us behind closed doors as he holds deep, meaningful conversations with couples in crisis. This show aims to uncover what’s gone wrong in the relationship, give people the tools to develop where needed, and support emotionally healthy relationships.

Professor Rachel Jafta’s Stellenbosch-based Rachel’s Angels Mentorship Programme made a big difference to young people of colour by pairing grade 11 and 12 learners with mentors from Stellenbosch University. This documentary takes us inside the project to meet the programme’s alumni and see how it changed their lives.

It can be hard to find love, but if you take a chance, it might just find you. In S7 a new group of hopefuls go on blind dates to find companionship – and maybe even love – when they meet a total stranger.

Hester Bester, Florrie Fortuin and Bokkie Botha prepare for Banana Airway’s first autonomous flight from SA to New Zealand with some COVID vaccine cargo, 5 passengers on board, and Flight Captain Piston Pienaar standing by in case anything goes wrong.