Red Room, Ry Of Bly?, Nêrens, Noord-Kaap and more local to love on DStv this week 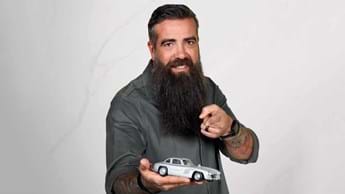 The best stories have local flavour on DStv, from reality to drama, makeovers to tragedy. There’s a local show to suit your every mood.

Showmax adds the local film Red Room with actress Khanyi Mbau and now you can binge the entire boxset of the latest Survivor South Africa: Immunity Island, too.

Finally, looking for something to round off your Sunday evening? Try the new made-for-TV movie 4229.

Local shows step it up!

Pretoria-based car dealership Mit-Mak Motors in Pretoria is looking for their next great salesperson in this reality series hosted by singer and TV personality Jo Black. Two groups of contestants will take part in a variety of challenges, and each week one contestant from the losing team will get the boot from the CEO of Mit-Mak Motors, Bobby Petkov. Only one would-be sales superstar can ultimately land the job and win a cash prize of R50,000.

After receiving a style make-over last week, our three contestants are challenged in this new episode of this reality show to have their publicity photos taken by celebrity photographer, Willem Botha. Will they strike the right pose in front of the camera, or will they be shy?

In new episodes of this emotional drama series, on the anniversary of Katja’s death the family finally faces the truth about what went wrong, reveal their secrets to one another and try to form new bonds.

In new episodes of this true crime series, one of the biggest massacres Cape Town has ever seen comes under the spotlight. In January 2012 at least 10 men at a massage parlour in Sea Point were tied up and tortured for hours. Eight of the victims were Sizzlers employees. The two hate crime perpetrators were each handed 9 life sentences. One murderer died a few years into his sentence, and the other is up for parole...

In this made for TV movie, a woman’s cell phone is stolen on a train and it leads to an explosive situation when the alleged villain is caught and Mario, the pacifist, tries to calm the situation. Starring Maurice Paige and Louw Venter.

A rich man’s pregnant widow loses everything and ends up on the street following his murder, with no money and nowhere to go. Piling on the calamity, she’s mugged just days before she’s due to give birth. Her struggles seem to be at an end when a good Samaritan comes along and takes her to a shelter called God’s Haven – a place of safety where she delivers the baby. But this haven isn’t quite what it appears to be. With Khanyi Mbau, Cici Twala, and Pakamisa Zwedala.

Watch from Thursday, 4 November on Showmax

Binge the box set of this epic reality show with host Nico Panagio. This season the castaways face gruelling challenges in a remote area of the Wild Coast in SA. Who will outwit, outlast, and outplay in the game to win the ultimate price of R1 million?

Watch from Thursday, 4 November on Showmax