M-Net (DStv channel 101) Sunday Night 8pm blockbuster movies are the best way to prepare for the new work week. Check out this month’s highlights and watch them all on DStv. 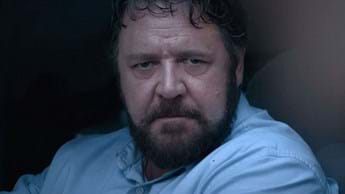 Dev Patel, Hugh Laurie and Tilda Swinton star in this modern retelling of Charles Dickens's classic tale of an orphan who overcomes obstacles.

Katie Holmes and Josh Lucas drive this film version of the novel "The Secret." A young widow struggling to raise three children meets a mysterious man who transforms her life.

K.J. Apa (Riverdale) stars in this disturbing pandemic thriller. In an outbreak ravaged world a courier navigates the obstacles of this dystopian land to save the woman he loves.

Oscar-winner Russell Crowe is frightening in this road-rage thriller. After a confrontation with an unstable man at an intersection, a woman becomes the target of his rage.